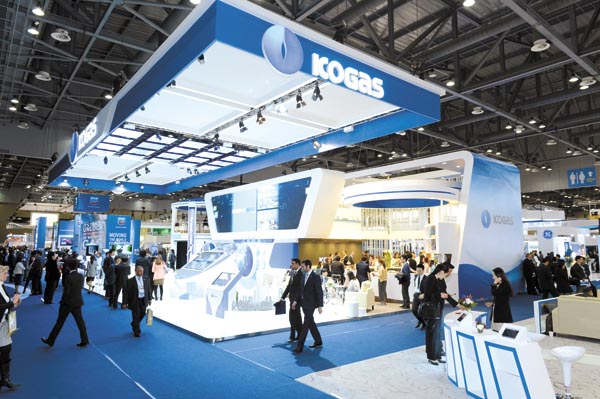 The Korea Gas Corporation (Kogas) has been working to boost its odds of winning the bid to host the 2021 World Gas Conference (WGC) in Daegu, the city in which the state-run company now resides.

CEO Jang Seok-hyo is currently visiting European members of the International Gas Union (IGU), the decision-making body of the conference, to persuade them to vote for Daegu, according to the company.

Candidates in the competition include China, Norway and Russia. IGU members will vote for the WGC host city on Oct. 16 at their annual meeting in Berlin.

“We have possibilities better than ever for hosting the WGC in Korea for the first time,” said a Kogas official.

The hosting country also takes the role of the chair of the IGU for three years, from 2018 to 2021.

WGC, the so-called Olympics of the gas industry, is the biggest gas-related event in the world. Huge numbers of visitors are anticipated to visit the conference in addition to some 6,000 personnel from 90 countries and 15,000 international visitors. The company estimates the event will bring in 120 billion won ($111.7 million) worth of economic benefits and create 2,500 additional jobs.

Jang, however, is concerned that the prosecution’s charge of embezzlement against him will have a negative impact on his campaign to host the WGC in Daegu. He said that he will sincerely cooperate with the investigation to clear his name.

“I will focus on promoting [Daegu] in Europe until the day of the vote for the WGC hosting city,” said the CEO. “The chances are high to bring prosperity to the nation.”