Comebacks are in, but they aren’t easy

Comebacks are in, but they aren’t easy 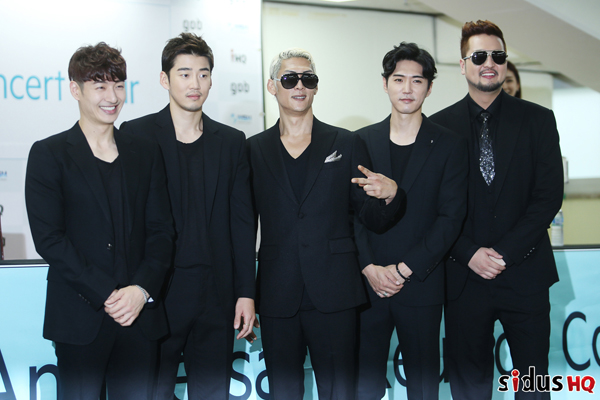 Even after nine years, reunited g.o.d. enjoys huge popularity just as they did in their heyday in the late 1990s and early 2000s. [JoongAng Ilbo]

When g.o.d. resurrected itself for fans by releasing its eighth studio album in July, nine years after the five-member group disbanded, the youngest member was a father of two girls and the oldest member had grown into a man in his mid-40s.

Not many people thought that the old boys could pull off a very successful comeback because the music industry had become too rigid. It’s no longer home for acts like g.o.d., which doesn’t gear itself as a typical idol band that caters to one gender.

But the five old boys, who had pursued solo careers without much luck, took back their old glory once they reunited.

Almost all tracks from the eighth album made it to the top 10 lists at major music portals, and concert tickets sold out fast. 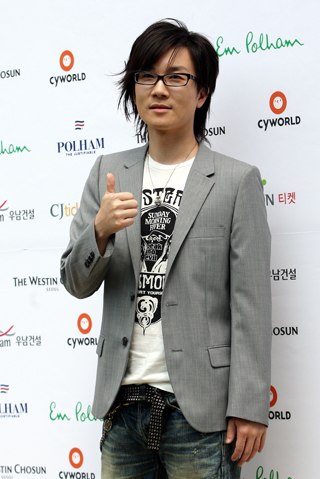 The sudden and unexpected success of g.o.d. seems like a one-off in which some music fans revisited their pasts by listening to their old oppas’ favorite music. (Oppa literally means “brother” in Korean, but it is also used when referring to favorite male stars.)

But the retro music trend initiated by g.o.d. doesn’t seem to be slowing down.

A series of musicians who were successful in the late 1990s and early 2000s are coming back to the music industry.

Some big names from the 1990s who have returned to the scene are singer-songwriter Kim Dong-ryul and K-pop music icon Seo Tae-ji.

Debuting in 1994 as part of a male duo, Kim has been releasing music that touches upon the themes of love, life and relationships from a deeper point of view.

His comeback album after a three-year absence sold more than 400,000 copies in just four days of its release last month.

Seo, dubbed a living legend in the history of K-pop because he was the first Korean musician to incorporate rap, is also back after a five-year hiatus.

A collaboration with IU has already topped most music charts, just about Seo prepares to launch his ninth album.

Rock group N.EX.T., male duos The Classic and Fly to the Sky, and singer-songwriter Yang Hee-eun - probably the oldest among the returnees at 62 - all returned or are planning their comeback.

But how do critics view the phenomenon?

“Every culture tends to go retro,” said Lee Taek-gwang, a culture critic and professor of English language and literature at Kyung Hee University. “Although that doesn’t fully explain this ongoing trend. The Korean music market has become a lot bigger compared to the past. And it’s enjoyed by people not only in Korea but in other countries, too.

“To put it in another way, there is more demand for various genres. Producers never make albums that would flop in the market. They make albums of old boys because they see potential in selling them in the market.”

Kim Heon-sik, another culture critic, sees the trend from a different point of view.

“All these ’90s star musicians have their own long-time ardent fans, but these fans are not happy with today’s idol music,” he says. “These music aficionados are always feeling deprived in terms of music. In addition, we have many singing audition programs in which participants sing songs of the past in order to differentiate themselves. These shows also draw the younger crowds to old Korean pop.”

Of course, not every old act can succeed in a comeback.

For example, Kim Jong-min, a member of the ’90s dance trio Koyote, came back last month. The group had enjoyed popularity for its upbeat songs and easy-to-follow choreography. But Kim’s solo comeback album failed.

“The base of g.o.d.’s popularity originates from its singing abilities,” said Lee. “They just can’t sell memories. Only singers who can sing are able to succeed after many years.”

Meanwhile, people in their 30s and 40s who grew up listening to K-pop in the ’90s want their favorite groups to come back, inspired by the success of g.o.d.

“I want to see H.O.T. get together on stage,” says Kim Ki-hyun, a 34-year-old working mother who was a big fan of the five-member group, which is probably the archetypal Korean boy band.

According to multiple polls by music fans, H.O.T. and some other groups such as S.E.S. and Fin.K.L., first-generation girl groups, are mentioned as groups that fans want to see onstage again.

But comebacks aren’t easy, especially for a group.

“It was a time-consuming process because each member and their agencies had to work on paperwork for the reunion,” said Kim Hwang-hyun, a team head at the music department of Sidus HQ, which manages the reunited g.o.d.