‘A Geek’ guides readers on latest in Korean pop culture

‘A Geek’ guides readers on latest in Korean pop culture 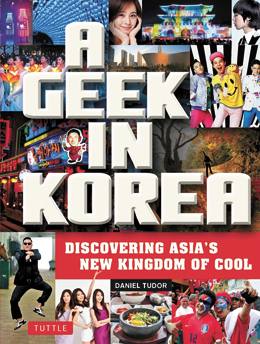 Looking to learn about the latest in Korean pop culture? “A Geek in Korea” by Daniel Tudor, a former Korea correspondent for The Economist, will fill you in.

Tudor, who is currently a regular columnist for the JoongAng Ilbo, the mother paper of the Korea JoongAng Daily, arrived on the peninsula a day before the 2002 Korea-Japan FIFA World Cup match between Korea and Italy. He was a tourist, but was so inspired that he returned here to work not long after.

The author’s book is more than a guide to K-pop. It examines various facets of Korea and is, in fact, more of a guide to the nation. It includes his personal suggestions on where to go, how to behave and how to understand Koreans, and it also explains the country’s Confucian and Buddhist roots. 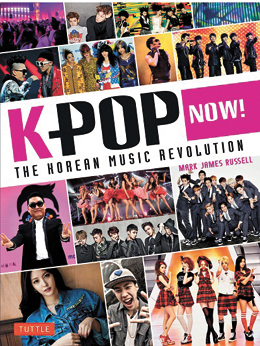 What’s notable is that the book attempts to debunk myths about Koreans as well as answer questions like why they’re so obsessed with education, publisher Tuttle Publishing says on its website. In that sense, while Tudor more often than not has been a critic of Korea, as can be seen in his columns, he has undertaken the role of a spokesperson for the country this time around.

“His narrative of the nation’s landscape is an earnest, investigative tale that seeks to undercover the truth about this often misunderstood country,” said Krys Lee, author of the critically acclaimed collection of short stories “Drifting House.”

“A Geek in Korea” is set to be published this week.

If you want to delve further into K-pop, “K-POP Now!” by Mark James Russell could help. Russell, who has resided in Korea on and off since 1996, has covered local pop culture for various news organizations. His book, which was published in April, contains profiles of current K-Pop artists and their hits, as well as interviews with artists such as Kevin from Ze:A. With “K-POP Now!” readers will learn that Korea’s pop scene has far more to offer than just Psy.

A Geek in Korea