Insooni shares her past on ‘Hidden’

Insooni shares her past on ‘Hidden’ 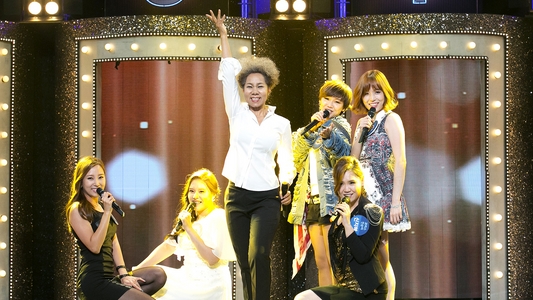 
Singer Insooni was the most popular keyword on Korea’s major portal sites over the weekend, a rare occasion for a singer who has been away from the public eye for some time. The buzz came after the veteran musician was selected as the final winner of JTBC’s “Hidden Singer” on Saturday night, where she gave a series of exhilarating performances and shared some heart-wrenching stories, summing up the past 36 years of her career.

“Hidden Singer” is a competition program where a group of nonprofessional vocalists vie for first place by mimicking a well-known singer.

As Insooni boasts one of the most powerful and soulful voices in the nation, many viewers doubted whether there could be an amateur singer who could go head to head with her.

But the competition was cutthroat from the first round, which started with the fast beats of “Night After Night.” The five imitators and Insooni sang their parts with no mistakes while staying hidden behind a veil.

After the first round, Insooni shed tears when she expressed gratitude toward her fans for “believing in her no matter what.”

The next rounds were followed by Insooni’s legendary hits “Goose’s Dream” and “Dear Friend.” The latter had Cho PD surprising the audience by rapping his part in the song, which he and Insooni collaborated on in 2004.

The last round was dedicated to Insooni’s 2009 release “Father,” which pulled at the heartstrings of many listeners. After the round was over, Insooni shared her own story about her father, who she has no memory of.

“I don’t have any memory of my father,” said the singer.

Her dad is an African-American soldier who served in the U.S. military in Korea, where he met her Korean mother.

Insooni was raised by her mother alone.

“I hated singing this song at first, so I asked the lyricist to take out the word ‘father’ from the song,” Insooni said. “But now, I love him anyway. I thank him for bringing me into the world and making me see this brilliant world.”

Pulling off a series of note-perfect performances imbued with personal stories, Insooni garnered 71 out of 100 votes from the judging panel and took the top prize, beating out two amateur finalists.