Costa Rica could prove a tough match for Korea

Costa Rica could prove a tough match for Korea 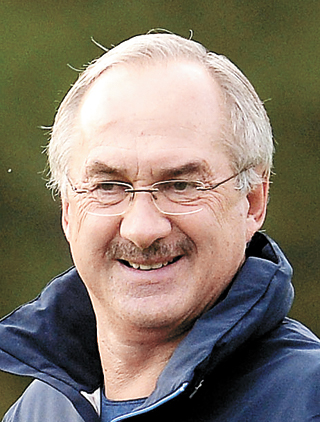 The new manager promised the Taegeuk Warriors that the team wouldn’t allow a goal during his first match and he kept it: Korea scored two goals in the first half and the South Americans failed to capitalize on several threatening chances.

But the victory doesn’t mean that the national team is very promising. Paraguay is not a strong team and is still rebuilding after failing to advance to the Brazil World Cup. The squad also flew to Korea just two days before the match and was still suffering from jet lag.

The true capability of the 63rd-ranked national team is expected to be revealed today in a match against 15th-ranked Costa Rica. The Central American team made it to the quarterfinal of this year’s World Cup after coming out of a difficult group in which they competed against three strong teams: Italy, England and Uruguay. And the players who led the team up the ladder have stuck around. Costa Rica won their international match against Oman on Friday, local time, before flying to Korea on Saturday.

In their past encounters, Korea has recorded three wins, two draws and two losses against Costa Rica. In an exhibition match in January, Korea won 1-0 on a goal from striker Kim Shin-wook, but most of the Costa Rican players were second string.

Costa Rica is currently led by an interim coach, Paulo Wanchope, 38, the second-highest goal scorer in the country’s history who has netted three goals against Korea - one in the 2000 Concacaf Gold Cup and two more in the same event in 2002.

In the Friday international match, Stielike fielded a squad that spent a lot of time on the sidelines during the Asian Games, but today he will send out his best 11. He said after Friday’s match that he had let his best players rest from the strenuous weeks of the Asian Games and club matches.

Kim Seung-kyu, who did not allow a goal in all seven matches at the Asian Games, will get another chance to prove himself after Kim Jin-hyeon’s outstanding performance against Paraguay.

Park Joo-ho of the German club FSV Mainz 05 played as a defensive midfielder at the Asiad but will return to his original position today: right full-back. In his defensive role, Park is expected to work well with Cha Du-ri of FC Seoul, who takes part in attacking plays.

Kim Young-kwon of the Guangzhou Evergrande and Kim Ju-young of FC Seoul are together again after playing in friendlies against Venezuela and Uruguay last month. With promising defender Hong Jeong-ho left off the national team, the two have a chance to prove themselves to Stielike and solidify their place in the starting 11.

The team’s new captain, Ki Sung-yueng, of Swansea City, is expected to start as a defensive midfielder along with Lee Myung-joo of Al Ain, who replaced Nam Tae-hee of Lekhwiya SC as a shadow striker against Paraguay.

Lee Chung-yong of the Bolton Wanderers is predicted to start as the right wing and Son Heung-min of Bayer Leverkusen will be on the left.

Veteran Lee Dong-gook of the Jeonbuk Hyundai Motors and Kim Seung-dae of the Pohang Steelers are the most likely attacking options, as a striker and shadow striker.