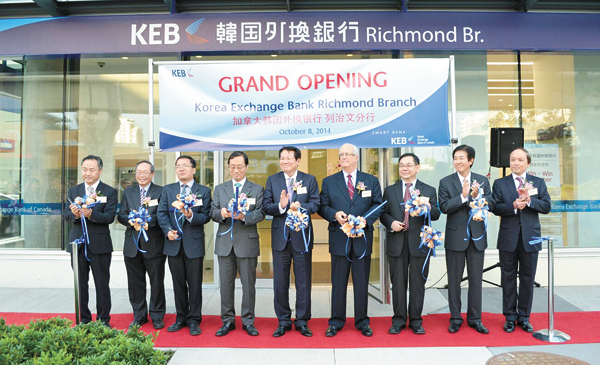 Korea Exchange Bank President Kim Han-jo, fifth from left, and Richmond Mayor Malcolm Brodie, fourth from right, celebrate the opening of the Korean bank’s branch in British Columbia, Canada, on Wednesday. KEB said the Richmond branch will target Chinese-Canadians instead of focusing entirely on Korean businesses there. It plans to open two additional banks in Toronto later this year. Provided by the bank