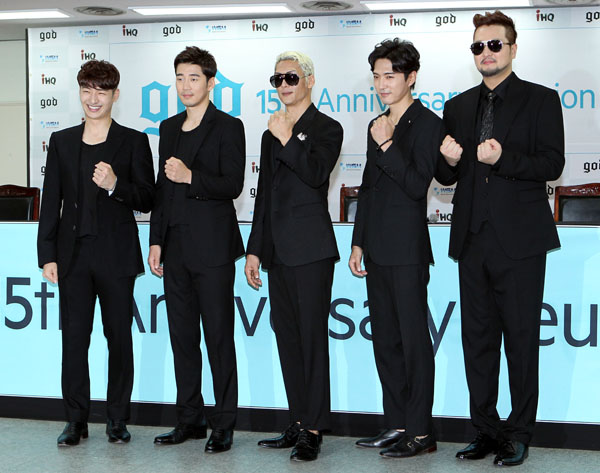 The K-pop band g.o.d. will reveal a new digital single Wednesday, three months after releasing an eighth studio album, according to the band’s agency, Sidus HQ.

The record marks the group’s 15th anniversary and comes nine years after the group disbanded in 2005.

Despite a long absence from the music scene, almost all the album’s tracks topped major music charts upon release.

Sidus HQ said yesterday in a press release that the new digital single, “Baram,” has been released specially for g.o.d. fans who have supported the group for a long time. The new song, which means “hope” in Korean, is an acoustic R&B track. Yoon Kye-sang, a member of the group, wrote the lyrics.

G.o.d. will also release a new edition of the eighth album that will include “Baram,” 50 pages of photos of the group performing at concerts, and handwritten letters for fans.

The group’s final performance in Korea ahead of a concert in the United States next month will be a show on Saturday held at Jamsil Indoor Stadium, eastern Seoul.