Zuckerberg flies in for dinner with Samsung’s heir apparent

Zuckerberg flies in for dinner with Samsung’s heir apparent 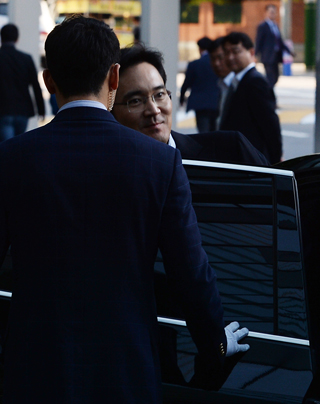 
Facebook CEO and co-founder Mark Zuckerberg came calling on Samsung Electronics Vice Chairman Jay Y. Lee as rumors flew over what the two may be discussing.

Zuckerberg, who leads the world’s largest social networking service, landed in Gimpo International Airport yesterday and went to Samsung Electronics’ headquarters in Seocho-dong, southern Seoul, for a dinner with Lee, the heir apparent of Samsung Group. Zuckerberg was dressed in a gray shirt and jeans at the airport.

This is the second time the two met after first having a discussion at the Allen & Company Sun Valley Conference in Idaho 13 months ago. Zuckerberg previously visited Samsung’s headquarters in June 2013, when he had a seven-hour marathon meeting with Samsung executives. 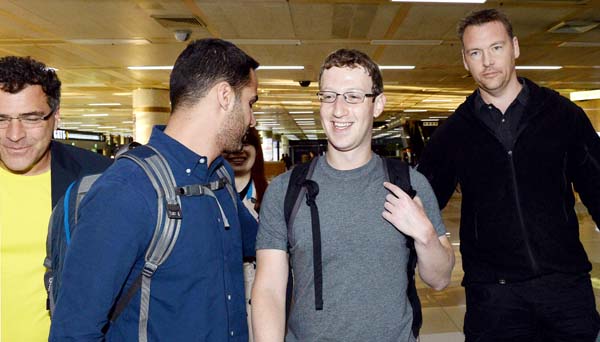 Samsung hasn’t announced the topics discussed, but industry observers speculate that the group may have talked about developing new mobile devices such as a Facebook phone that uses Facebook’s Home software for Android. Last month, Samsung unveiled the Gear VR, a mobile virtual reality headset powered by software from Oculus, a virtual reality technology firm owned by Facebook.

However, others speculated that the meeting could have been more about cooperating in expanding mobile content.

Facebook, which has about 1.3 billion active users, is a potential marketing channel for Samsung to provide content to users.

Since the release of the Galaxy Note 4 last month, Samsung has been emphasizing that it will improve its mobile content, introducing a free music streaming service called Milk Music and a digital magazine service called Paper Garden in Korea.

Before landing in Korea, Zuckerberg was in Indonesia, where he met Indonesian President-elect Joko Widodo to discuss ways of widening Internet access.