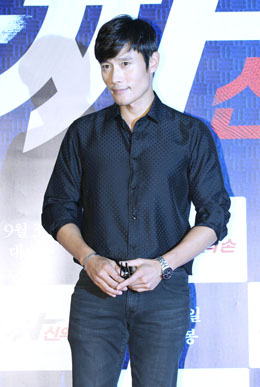 Model Lee Ji-yeon, 25, and Da-hee, 20, a member of the girl group GLAM, are being accused of threatening to release a video clip of Lee in August in which he is allegedly drinking alcohol and using lewd language.

During the trial, Ji-yeon’s lawyer defended the model by asserting, “[The ladies] didn’t approach Lee for money - Lee and Ji-yeon were in a romantic relationship.”

He added that Lee stopped dating the model when she refused to have sex with him.

“It is also not true that these girls asked Lee to buy them a house,” said the lawyer. “As Lee asked Ji-yeon to sleep with him, he told her he would find her a place where she could live.”

The lawyer added that Da-hee was not aware that selling the video clip for money was illegal.

Meanwhile, the court summoned actor Lee and another man surnamed Seok who introduced Ji-yeon to Lee over dinner. Seok is known to work for an adult entertainment establishment.