2AM to make fall comeback

2AM to make fall comeback 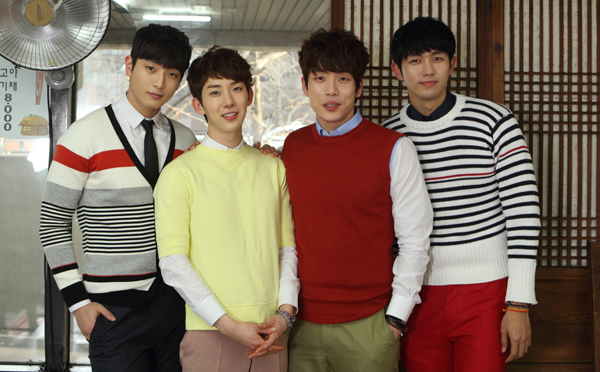 Autumn is often dubbed the season of ballads, and K-pop vocal quartet 2AM, well-known for sad songs like “Can’t Let You Go Even if I Die,” plans to re-enter the entertainment scene next month.

JYP Entertainment said yesterday that the boy group will release a mini-album with a title track written by famed singer-songwriter Cho Kyu-man. Cho created “I Will Give You All,” an all-time favorite ballad of many Koreans.

Although the four-member group released the mini-album “Nocturne” about a year ago, it did so without any promotions because each member was tied up with their own schedules.

When the previous mini-album was released, Lee Chang-min was performing for Homme, a duo group, Jo Kwon was acting in a musical and the other two members, Jinwoon and Seulong, were on separate TV dramas.