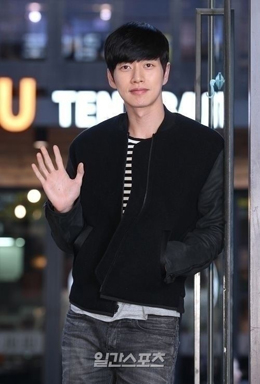 Korean actor Park Hae-jin donated 100 million won ($94,047) for seniors living alone in Guryong Village, the shantytown located in Gaepo-dong, southern Seoul. A portion of the money will also go to senior community centers within the village, according to WM Entertainment, Park’s agency.

The 31-year-old Park, who currently appears in the OCN drama series “Bad Boys,” also plans to visit the village soon to deliver coal briquettes, an important fuel source for seniors during winter.

“Park has been making donations and doing volunteer work for seniors without families,” a spokesperson for Park’s agency said in a press release yesterday.

Park has received praise for his portrayal of a psychopath on “Bad Boys.”

The show centers on a group of criminals who band together to go up against another bigger group of gangsters. Park plays Lee Jung-moon, a psychopathic math prodigy who is the youngest serial murderer among them.

The actor is hugely popular in China, and the Saturday-Sunday drama series has had more than 10 million views on Chinese video-streaming websites.