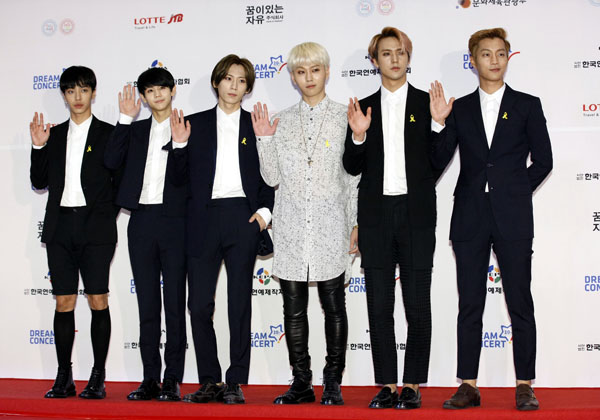 Marking the fifth anniversary of its debut, boy group Beast released its seventh mini-album, “Time,” yesterday. Its title track “12:30” and the other five songs on the record topped almost all the country’s major music charts upon release.

The six-member boy group has gained popularity for its upbeat dance songs and fierce, synchronized moves, but Beast is taking a detour in its fifth year since debuting by releasing “12:30,” a ballad that describes the different emotions a man and a woman experience after their breakup.

Yoon Doo-jun, the group’s leader and main vocalist, said “12:30” is his favorite song among all the Beast tracks that have been released so far.

After the release of the mini-album, all of Beast’s members left thank-you notes for fans on their social networking accounts.