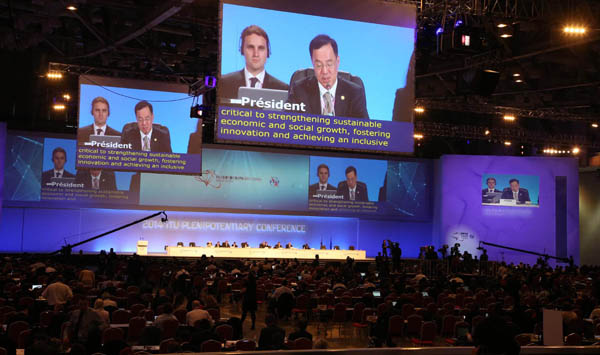 KT, the nation’s second-largest mobile carrier, introduced an Internet network 10 times faster than existing services at the World IT Show that kicked off yesterday in Busan alongside the ITU conference.

Since KT Chairman Hwang Chang-gyu announced GiGAtopia as the company’s future strategy in May, the carrier showed the first performance of GiGAtopia on Oct. 7.

It established the network on the remote island of Imjado, Sinan-gun, South Jeolla, which it christened GiGA Island. 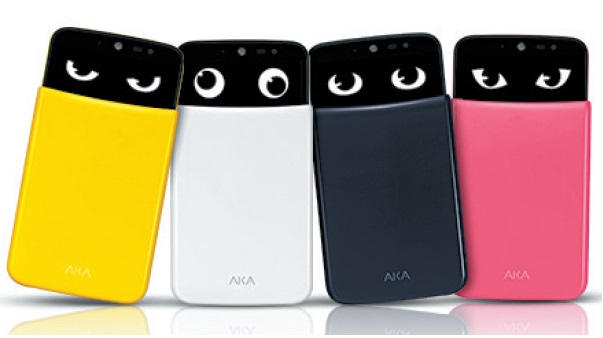 The company installed ICT solutions on the island to make use of Internet of Things services, such as automatic remote farming systems, video conference education and medical services through smartphones.

KT is the first mobile carrier to launch the 1 Gbps network. With the service, users can download a 4GB full HD movie or 1,000 songs in 33 seconds.

“We plan to invest 4.5 trillion won over the next three years on the GiGA Internet and attract three million users within five years,” said Nam Kyu-taek, vice president of KT, at the World IT Show at the Busan Exhibition Center and Convention Center (Bexco).

“Through the commercialization of 10 times faster Olleh GiGA Internet, we could establish a bridgehead for enhancing the quality of life of customers and realizing a creative economy with convergence services,” said Nam.

“Beyond the advancement of the network, we will change the competition paradigm of the mobile communications market through the GiGA service, which will lead the ICT industry’s development and create the new growth driver.”

At the ITU Plenipotentiary Conference yesterday, KT also showed its 10 Gbps Internet technology, which is 100 times faster than the existing Internet network.

Since 2010, the mobile carrier has been preparing for the 10 Gbps technology in conjunction with a government Internet pilot project.

KT said it will decide when to release the service considering the overall content production and consumption environment in the future.

Customers can subscribe to the faster Internet service for 25,000 won ($23) per month. For those who wish to subscribe to Olleh GiGA UHD TV, it will cost 9,000 won a month and a home phone will cost 1,000 won per month.

At the World IT Show, LG Electronics introduced a smartphone with a new concept dubbed AKA (Also Known As). LG is aiming at the Korean market with the product.

LG said users can express their personalities using AKA. Instead of expanding capacity and introducing new features, the new smartphone focuses on an individual’s personality.

The phone has an eye at the top of the front screen and the eye’s shape constantly changes according to the function being used.

“The newly introduced AKA is a smartphone that resembles the user,” said a spokesman for LG Electronics.

The World IT Show will continue through Thursday.