New blazing-fast DRAM is being mass-produced

New blazing-fast DRAM is being mass-produced 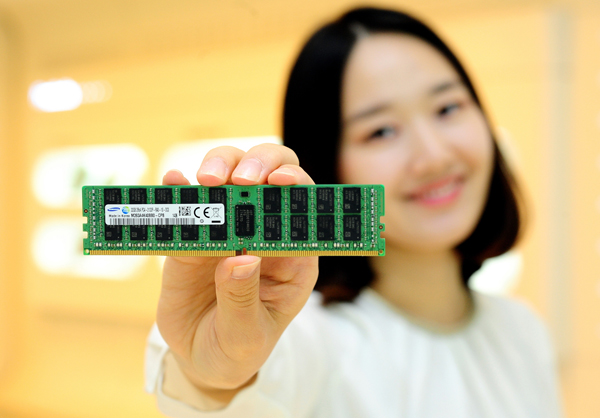 The flagship of Samsung Group said the new chip will be used in the DDR4 server central processing unit that will come out this year as a replacement for the DDR3 in the premium server market, the company said.

The Korean tech giant now has a full lineup that uses its 20-nanometer process technology.

In March, the company succeeded in mass producing a 20-nano DRAM chip for PCs, and last month it applied the process to mobile DRAM.

The company said the 8Gb DDR4 server modules based on 20-nanometer technology have a data transmission speed of 2,133 megabytes per second, which is 30 percent faster than the previous DDR3-based modules, and consumes less power.

Samsung said it previously was able to supply modules with a 64 gigabyte memory based on 4Gb products. But with the 8Gb DRAM and its “through silicon via” (TSV) package technology introduced in August, it can now supply 128 gigabyte modules.

The NVDIMM is a computer memory module that backs up DRAM’s data to flash memory in the event of an unexpected loss of power or system crashes. It them restores the data to DRAM when the power is restored.