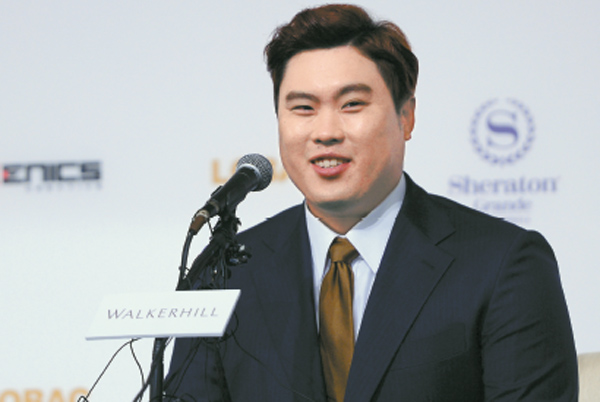 “Korean Monster” Ryu Hyun-jin answers questions at a press conference yesterday at the Sheraton Grand Hotel in eastern Seoul. He finished his second season with the Los Angles Dodgers and returned to Korea earlier this month. Ryu said he will work on his changeups, which are his main weapon, and predicted that Kansas City will beat the San Francisco Giants in the World Series.[NEWSIS]