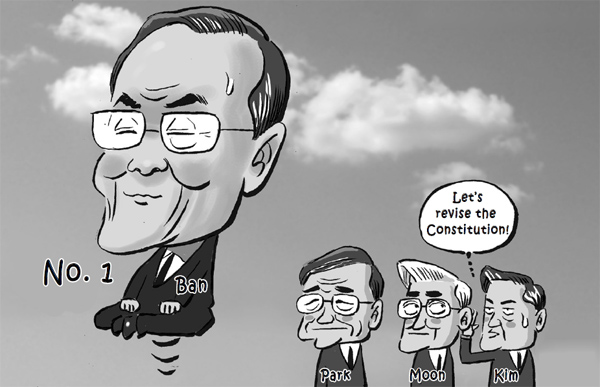 As UN Secretary General Ban Ki-moon was the top choice (39.7 percent) to be Korea’s next president in a
recent opinion poll, followed by Seoul Mayor Park Won-soon (13.5 percent), New Politics Alliance for Democracy
Rep. Moon Jae-in (9.3 percent) and Saenuri Party head Kim Moo-sung (4.9 percent). Kim wants to take
the initiative to lead a debate to change the presidency term. A majority of Koreans support the revision. By Park Yong-seok