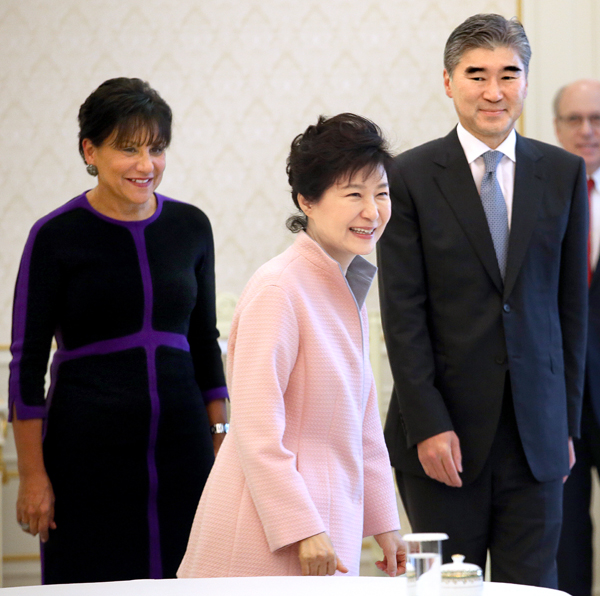 A delegation led by U.S. Commerce Secretary Penny Pritzker, left, accompanied by U.S. Ambassador to Seoul Sung Kim, right, meets with President Park Geun-hye, center, yesterday at the Blue House. Pritzker was in the middle of a trip to Japan and Korea, and spoke with trade and commerce officials here about the U.S.-Korea Free Trade Agreement, among other economic cooperation topics. [Joint Press Corps]