‘Nostalgia’ is Lennox’s foray into jazz

‘Nostalgia’ is Lennox’s foray into jazz 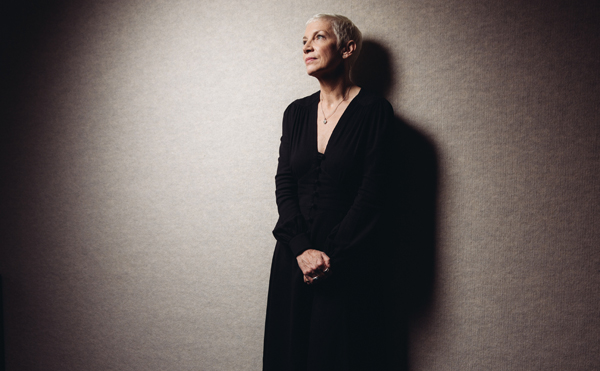 In this Oct. 9 photo, musician Annie Lennox poses for a portrait during an interview in Los Angeles to promote her new CD “Nostalgia.” [AP/NEWSIS]

The former Eurythmics star sat down - slowly and deliberately - with songs like “Mood Indigo’’ and “Georgia on My Mind’’ and reduced them to their bare essentials before building them up, in her own style, without trying to recapture the past. That’s the strategy she has used in her new album released Tuesday called “Nostalgia,’’ a move into jazz that pays homage to the Great American Songbook and takes her miles away stylistically from the 1980s hits that brought her international fame.

The challenge was to do it her way - sorry Frank - so the songs could sound fresh. The last thing she wanted to do was imitate the masters, including Billie Holiday, whose signature songs “God Bless the Child’’ and “Strange Fruit’’ are featured.

“I tried to step away from all the other arrangements,’’ said Lennox, who worked on the album alone with her voice and a keyboard in a rented cottage in Cape Town, South Africa. “I tried to strip them down to their raw, bare version. Once I knew I could do that, just singing and playing the chords on piano, getting to the core of the song, without any elaboration, then I could work on it, from the core root up.’’

She wanted to avoid the “inherent danger’’ of just covering the songs, imitating the greatest vocalists of the last century with the help of a skilled arranger and an orchestra leader.

Lennox, 59, was perhaps helped by the fact that she didn’t grow up listening to these songs. They weren’t all that popular when she was a teen in Scotland, listening to - and loving - the hits she could pick up each morning on the tinny transistor radio that was her main connection to the outside world as she got dressed for school. That steady diet - the Beatles, the Rolling Stones, the Supremes, Four Tops and Marvin Gaye, plus the Ronettes, of course - shaped her consciousness, and it wasn’t until recently that she became fascinated with these older tunes.

The idea for the album started to percolate two years ago when Lennox was in Washington rehearsing with Herbie Hancock and his band for a performance at an AIDS benefit. She had never sung with a jazz band before, and the experience knocked her out.

“I was just singing for fun and then it occurred to me, actually, it was quite a bit of fun,’’ Lennox said. “It was more fun than I realized and I kind of thought that’s an interesting place to go with my voice and I hadn’t explored it before.’’ AP