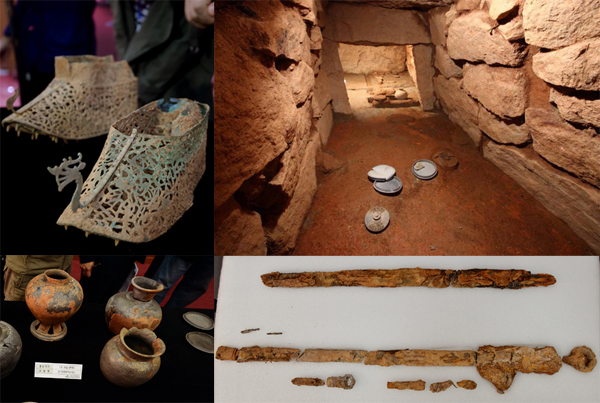 A pair of gilt-bronze shoes, far left, from Korea’s Baekje Kingdom (18 B.C. to 600 A.D.) have been found at a 1,500-year-old tomb in Naju, South Jeolla, the Cultural Heritage Administration announced yesterday. The pair is the most well-preserved gilt-bronze shoes from ancient Korea, with dragon-inspired imagery still intact on the toes of one shoe. Besides the footwear, Korean archaeologists have uncovered a host of rare relics such as gold accessories, jade, pottery, arrows and a harness, among other items (left middle and bottom pictures) at the Jeongchon tomb (top left) since early this year.

Provided by the CHA