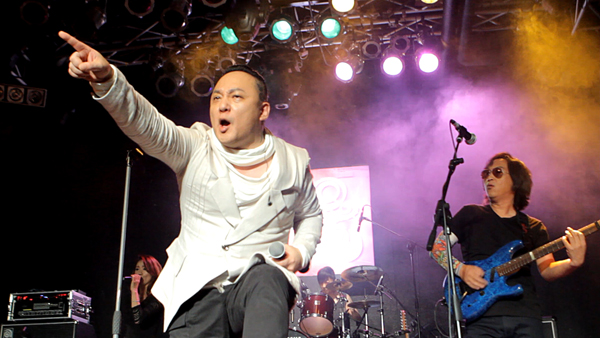 Musician Shin Hae-chul is in serious condition after suffering from cardiac arrest on Wednesday. According to his agency, KCA Entertainment, he is in need of further medical care.

According to Asan Medical Center, where Shin is in the intensive care unit, the 46-year-old could not communicate with his family or medical staff and was unable to breathe by himself as of 3:30 p.m. yesterday.

After he went into cardiac arrest, the medical team resuscitated Shin and “cut out part of his intestines because some were attached to each other,” an official from the center said. He also underwent various tests to determine what had caused the cardiac arrest.

Shin, often dubbed a musician who represents the ’90s, is considered one of two pillars of the Korean music scene, along with K-pop icon Seo Tae-ji.

The musician has released more than 30 studio albums and tried his hand at various genres, from modern rock to jazz, techno and ballads.

He has also been active as a music producer, composer, author, actor and radio DJ. In addition, the celebrity has raised his voice on diverse social issues, including the legalization of marijuana and the scrapping of the adultery law.

The medical team watching over Shin said “he needs more surgery to stitch up his stomach,” and added that it will need to check for further infected areas.

Rumors are surfacing that the real cause of Shin’s current condition is because he recently underwent gastric bypass surgery. Shin’s agency, however, said that he received that surgery five years ago but that the medical team from Asan operated on part of his intestines during the recent medical procedure.

The news has shocked Shin’s fans as the singer had just released a new album in June, his first in six years. He seemed more ambitious about his career than ever before, fans said.

Having debuted in 1988 through an annual singing competition hosted by MBC, Shin and his team won the grand prize with “To You,” a track Shin wrote and composed.

The upbeat modern rock song is still adored by many people, especially young college students, because it is often used as a cheerleading song.

Shin, a versatile musician, also holds the copyright to the famous “daehanminguk” chant from the 2002 Korea-Japan World Cup.