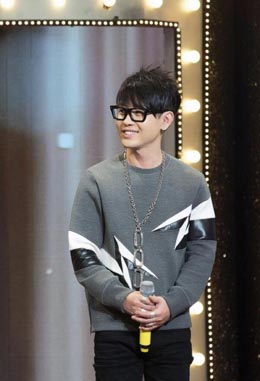 Singer Lee Seung-hwan, a K-pop icon of the 1990s, appeared on the JTBC variety show “Hidden Singer” Saturday night but didn’t win the show after an imitator Kim Young-gwang earned one more vote than Lee, who is often called the king of ballads or the king of live shows.

“Hidden Singer,” which first aired in December 2012, is a music show featuring a famous singer and ordinary people who imitate him or her, performing inside confined booths. Based on the sound alone, the audience must guess who is the real singer and who is an impersonator.

“My voice was thin but it became a lot deeper,” the 48-year-old singer told the audience. But Kim perfectly reproduced Lee’s voice from when he was in his 30s.

Having debuted in 1989, singer-songwriter Lee has released more than 20 studio albums and has performed in more than 1,000 solo concerts.

The third season of “Hidden Singer” airs on JTBC Saturday night at 11 p.m. and will feature Kim Tae-woo, the main vocalist of g.o.d., and his imitators next week.