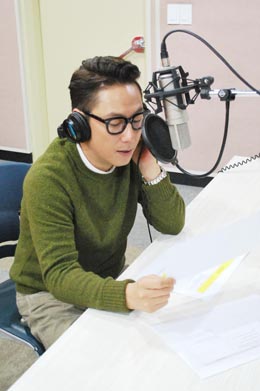 Singer-songwriter Yoon Jong-shin narrated a six-minute documentary about An Jung-geun (1879-1910), who was an independent activist during the period of Japanese colonization.

Marking the 105th year of the national hero’s death, the project was designed by professor Seo Kyoung-duk who refers to himself as a public relations ambassador for Korea.

The six-minute documentary tells about An’s life and how he is viewed and respected by people and society today.

The documentary is narrated in Korean and English with Yoon voicing the Korean version.

Both versions of the documentary can be viewed on YouTube and will be uploaded to 30 major video-sharing websites of other countries.

A famed musician and producer, Yoon is also the head of entertainment agency Mystic89 and Family, home to musicians like Kim Yeon-woo and Jang Jae-in.

He releases a new song every month as part of an ongoing project and also hosts popular TV shows such as “The Radio Star” and is judging in the sixth season of the singing audition program “Super Star K.”