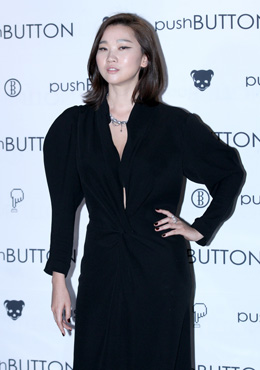 Marking its seventh year, the annual award show hosted by CJ E&M honors celebrities who inspire people in areas from fashion to films or music.

This year, more than 50 celebrities were nominated for an award.

“As a top model, Jang has her own unique, signature fashion style and she’s also been hosting a fashion reality TV show ‘Korea’s Next Top Model’ for five seasons in a row,” a spokesperson from SIA said yesterday in a press release about the two hosts.

“Jung used to host a live radio show for a long time and he is currently hosting another live music show ‘M Countdown.’ We expect him to smoothly host the SIA awards this year.”

Starting this year, the SIA awards will have a new format with related events such as a film festival, fashion exhibition and after-party.

The main award ceremony begins at 7 p.m. today at Dongdaemun Design Plaza, central Seoul, and it will also be broadcast live through many of CJ E&M’s channels such as On Style, XTM, O’live, STORY ON, tVN and Mnet.