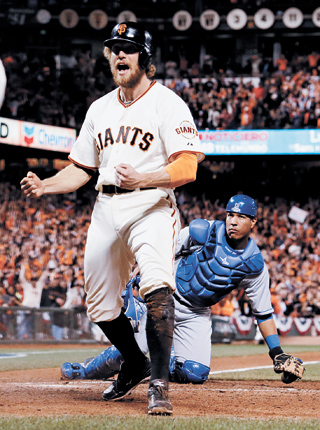 Hunter Pence scores during a three-run eighth inning as the San Francisco Giants beat the Kansas City Royals, 5-0, on Sunday, local time. Ace Madison Bumgarner threw a four-hit shutout to bring the Giants to within one game of their third Word Series crown in five years. [AP/NEWSIS]