Kaist researcher elected as next director of ITU

Kaist researcher elected as next director of ITU 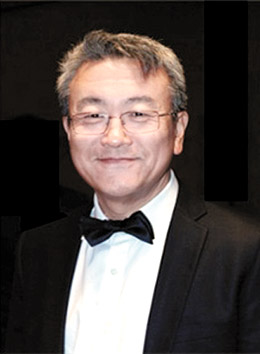 Since Korea joined the ITU in 1952, it is the first time a Korean has been in the leader at the United Nations’ ICT agency.

Lee Chae-sub of the Korea Advanced Institute of Science and Technology’s (Kaist) Institute for IT Convergence, won the election on Friday afternoon at the ITU Plenipotentiary Conference 2014 in Busan.

Of 169 participating countries, Lee received 87 votes. He will take office Jan. 1 for a four-year term.

According to sources at the Ministry of Science, ICT and Future Planning, Lee’s future decision making will cover key areas of ICT, such as the Internet of Things (IoT), mobile telecommunications, IPTV, information security and radio-frequency identification (RFID) technology. If a Korean-made technology is standardized by the ITU, it helps local technology holders and device makers in the global market.

In the past, the ITU standardization bureau decided to designate national identification numbers to each country in an effort to encourage international phone calls.

Lee’s victory will help Korea have a larger voice in policy decisions at the ITU and contribute in shifting the center of global ICT leadership to Asia.

In an election Thursday, Zhao Houlin of China was chosen as the ITU’s next secretary-general.

Lee studied electrical engineering at Konkuk University and started working on technology standards at KT in 1986.