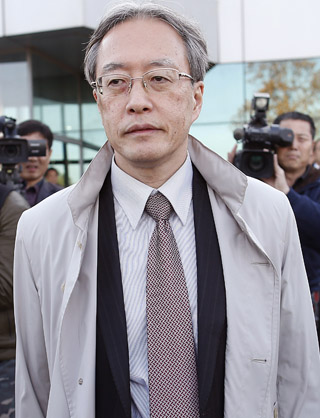 PYONGYANG - A high-ranking Japanese delegation arrived in Pyongyang on Monday to assess the progress of a North Korean investigation into the fates of Japanese citizens who were abducted by North Korean agents in the 1970s and ’80s.

The abduction issue has long been a major obstacle in ties between North Korea and Japan, which have no formal diplomatic relations.

The delegation, led by Junichi Ihara, head of the Asia and Oceania Affairs Bureau at Japan’s Foreign Ministry, is to stay in North Korea for four days. Officials are to discuss the issue today and Wednesday.

In what was seen as a significant breakthrough after years of stalemate, North Korea agreed in May to launch a new probe into the abductions. In exchange, Japan agreed to ease some unilateral sanctions on North Korea, though it continues to enforce sanctions backed by the United Nations over North Korea’s nuclear and long-range missile programs.

After initial optimism in Japan, progress in North Korea’s re-investigation has been slower than Tokyo had hoped.

In September, Ihara and his North Korean counterpart, Song Il-ho, held a meeting in the northeastern Chinese city of Shenyang. Japan was hoping then to receive a preliminary report on the investigation, but none was presented.

In 2002, North Korea admitted it had kidnapped 13 Japanese citizens to train spies in Japanese language and culture. Five were allowed to return to Japan the same year but North Korea said others had died or never entered the North. Japan believes hundreds more may have been abducted and that some may still be alive.

Japanese Prime Minister Shinzo Abe said the delegation is being sent to convey that the resolution of the issue is a high priority for Japan. He has promised not to relent until all of the abductees are returned to Japan or accounted for.

That could prove to be a very complicated and sensitive matter since estimates of the number of abductees range from the 17 that the Japanese government officially acknowledges to more than 800 that Japanese police list as cases of missing persons in which abductions by North Korea cannot be ruled out. AP