Park In-bee back on top in rankings

Park In-bee back on top in rankings 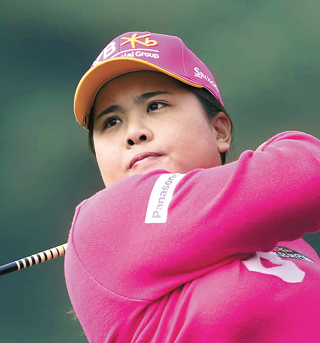 She had 11.09 points, 0.23 point more than Stacy Lewis with 10.86. Lewis had topped the list since June 2. The points are calculated based on the past two years.

Park held the crown for 59 weeks after winning three major LPGA tournaments in 2013.

“I’m planning to stay in first place even longer,” said Park after the rankings were released.

Lewis took over first place by winning three titles earlier this year. But Park passed Lewis by finishing second at the 2014 Myer Classic and winning the Wegmans LPGA Championship in August. In addition, she finished seven recent tournaments in the top 10. Though Lewis won three titles and Park one, more points are given for recent competitions.

American Michelle Wie, 25, returned from a wrist injury to move up to fifth from sixth with 6.78 points, supplanting Feng Shanshan of China who slipped to sixth with 6.74 points.