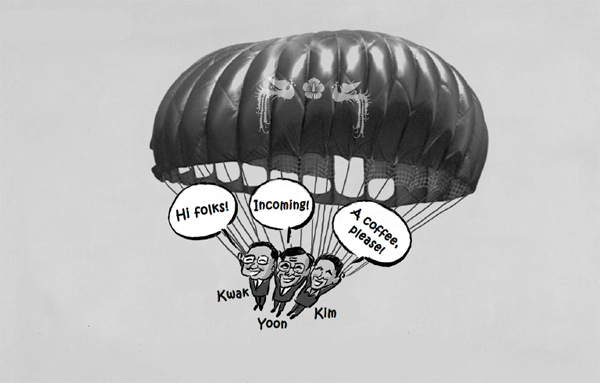 Blue House Chief of Staff Kim Ki-choon said at a National Assemby audit Tuesday the administration doesn’t pursue “parachute appointments” despite the appointments of Koak Sung-moon as CEO of the Korea Broadcast Advertising Corp., Johnny Yoon as auditor of the Korea Tourism Organization and Kim Sung-ju as president of the Korean Red Cross.