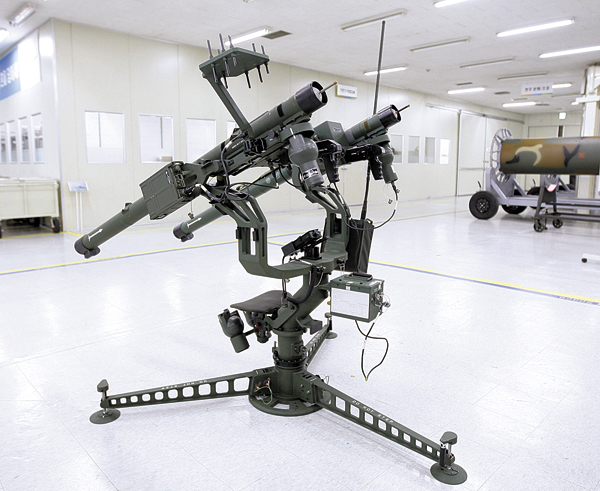 LIG Nex1’s surface-to-air missile Chiron is on display at the Expodefensa in Bogota, Colombia. Provided by the company


Korean defense contractor LIG Nex1 is hoping to expand its presence in South America by participating in an exhibition in Colombia this week.

The company said yesterday that it will join the three-day Expodefensa International Defense and Security Exhibition in Bogota, Colombia, starting today local time.

This is the second time the Korean company has participated in the biannual South American defense exhibition since 2012. Expodefensa, started in 2008, will host about 100 companies from 17 countries this year.

Colombia is a significant market for LIG Nex1 because it is the only South American country that participated in the 1950-53 Korean War. The country has a large military, with more than 420,000 people in its army, navy, air force and law enforcement units. Recently, Colombia has been modernizing its out-of-date defense security systems.

“We opened up a local branch in Colombia in 2011 and since then we have been competing with global defense companies to expand our business in South America and secure new opportunities,” said Lee Hyo-koo, LIG Nex1 CEO. “Since we have the competitiveness to compete in the global market, we plan to become a global leading company in the field through exports instead of being satisfied with the domestic market.”