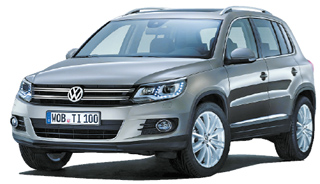 
Which imported car brand has been the most popular among Korean men between 19 and 29 years old?

Looking at data collected by Korea Automobiles Importers and Distributors Association (Kaida) from 2003 to last month, the most popular imported brand for the past few years has been Volkswagen.

Japanese automaker Honda then became most popular among young Korean males for the next two years.

“Our best-selling sedan, the Accord, which was introduced with a new design and a price lower than 40 million won ($38,000), and the SUV model CR-V attracted young buyers at that time,” said Shin Bum-jun, a spokesman for Honda Korea. “But the popularity didn’t last long due to the high exchange rate of the Japanese yen over the next few years.”

After Audi took the top spot for a year in 2009, selling 345 units, Volkswagen and BMW were the two most popular brands for the age group in 2010-11. In 2012, the most popular import was Toyota’s U.S.-manufactured Camry, thanks to its lower price under the Korea-U.S. free trade agreement.

“The starting price for a Camry was 33.9 million won, which was cheaper than Hyundai Motor’s best-selling sedan, the Grandeur,” said Kim Sung-hwan, a spokesman for Toyota Korea. “It was extremely popular, particularly among women.”

Looking at this year’s sales, it appears as though Volkswagen will be unrivaled in the 19-29 age group. The company sold 1,957 units through September, compared to 1,441 for BMW and 949 for Audi, followed by Mercedes-Benz, Mini and Ford.

Until 2011, Mercedes-Benz could barely sell more than 500 units per year, but it is expected to sell more exceed 1,000 units annually in coming years.

The biggest threat to Volkswagen is French-brand Peugeot, which sold 175 units last year and 117 through September. But the new compact utility vehicle Peugeot 2008 received more than 1,000 preorders in Korea this week and about 20 percent of the orders were from people younger than 30.

The starting price for the model is 26.5 million won, and it has a fuel efficiency of 17.4 kilometers per liter (41 miles per gallon).

Looking at 19-year-old buyers only, Mercedes-Benz was the most popular brand in 2003-04, but BMW has been riding high from 2009-13. This year, Audi was the best seller among 19-year-olds, at 12 units, while BMW only sold three. Fewer than 60 imported cars are purchased by 19-year-old Korean customers each year, according to Kaida.