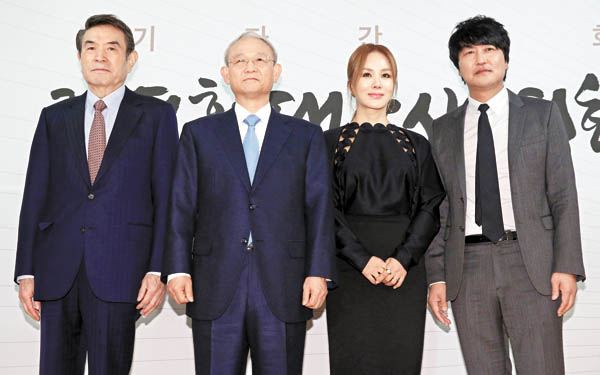 The Daejong Film Awards, the longest-running movie event in Korea, heralded yet another shaky year when its longstanding management issues surfaced at a press conference held Tuesday at Lotte Hotel in Sogong-dong, central Seoul.

The event started with Yi Gyu-tae, the chairman of the festival’s organizing committee, vowing to promote more objectivity in the film’s evaluation system.

He said that they would include all movies released last year as candidates instead of merely considering submissions, which was how the winner was selected at prior festivals.

When Yi was asked about the festival’s management system, he briefly answered that his organizing committee had been delegated the full authority to run the event from its host, the Motion Pictures Association of Korea.

However, when the mic was handed to director Jung Jin-woo, head of Korea’s Motion Picture Directors’ Association, an affiliate of the Motion Pictures Association of Korea, the cheerful atmosphere turned icy.

Jung refuted Yi’s comments about receiving “full authority” from the host, saying that his words were “completely groundless.”

“I want to ask if it is justifiable to run the Daejong Film Awards without the Korea’s Motion Picture Directors’ Association in its management,” said Jung. “I precisely remember that on Aug. 6, last year, I signed a contract that said eight associations under the Motion Pictures Association of Korea were to be the executive committees, but this was completely overturned.

Actor Namgoong Won also attended the event as the head of the festival’s host, the Motion Pictures Association of Korea. He said that securing objectivity was his top priority and that he would do his best to celebrate the results the film industry achieved last year.