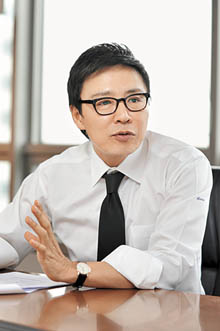 The timing couldn’t have been better. With Kotra-organized Foreign Investment Week 2014 going on this week, I was able to tell a very large crowd of investors that Korea is the fifth easiest place in the world to do business.

Published by the World Bank Group every year, the Doing Business report compares 189 economies on regulations that enhance business and those that constrain it. This year’s recently released report is titled “Doing Business 2015: Going Beyond Efficiency.” It assesses how easy it is to start a business, deal with construction permits, get electricity and more.

Korea’s ranking of fifth is its highest ever. We came in seventh last year and eighth in 2011 and 2012. We came in first this year in the “getting electricity” category, third for “trading across borders,” fourth for enforcing contracts and fifth for resolving insolvency. Korea has ranked in the top 10 for the past four years.

What’s behind our jump from seventh to fifth? Korea’s efforts to reduce regulations played a big role. The Korean government is constantly eliminating and revising regulations to create an even better foreign investment environment.

Also, we’ve significantly improved our system when it comes to starting a business, our process for granting construction permits and how we protect minority investors.

Korea is a much easier place to start a business now than it was a couple of years ago. In 2013, we ranked 34th in the “starting a business” category.”

Today, we’ve made the huge leap to 17th. Entrepreneurs should remember that the Korean government promotes innovation and the feat of starting something from nothing.

We’ve also made considerable strides in how well we deal with construction permits. We’ve gone from 18th last year to 12th this year. This means that investors can benefit from significantly improved procedures for legally building a warehouse and reduced time and costs for completing each procedure.

I’m also proud of how much better Korea has gotten at protecting minority investors. Yes, our ranking of 21st this year may not be the best, but it’s a huge improvement from last year’s 52nd.

We’ve continued in the third spot for “trading across borders,” which reflects Korea’s large and growing network of free trade agreements. For investors, this means they can have convenient access to our 48 free trade partner countries, which account for about 60 percent of global GDP.

And finally, we’ve made strides in resolving insolvency, jumping from 15th to fifth.

But the point is about more than just numbers and rankings. What’s important is that investors now have all the more reason to invest in Korea. In addition to our geographic advantages, strong human resources and leading industries, Korea has a government that is supportive of foreign investors and a business environment that aims to be fair and transparent.

Of course, we strive constantly to do better. As for the subcategories in which Korea didn’t fare as well as we’d hoped, we will figure out how and where we need to make improvements. We will hear the opinions of foreign investors already doing business in Korea and help resolve their grievances.

We also will do our utmost to make sure investors enjoy more than just business in Korea. Whether it’s help with getting a driver’s license or a visa, the government is here to provide investors and their families with support.

After all, the ease of doing business has to do with more than what you can measure. It’s about foreign investors feeling at home in Korea, in every respect.