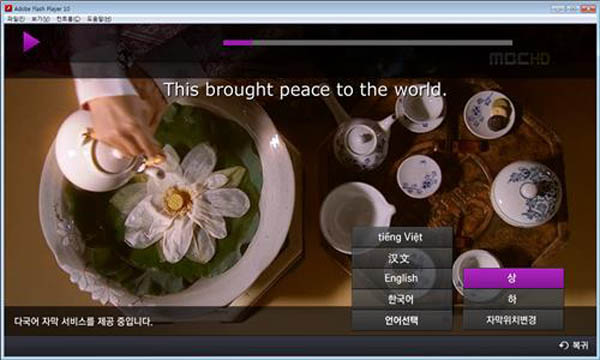 MBC said yesterday that it will provide multilanguage subtitles to 2,300 of its most popular TV shows from reality TV to drama series for expats and multicultural families living in Korea.

The subtitles will be in English, Chinese, Japanese, Korean and Vietnamese. The shows will include “Dad! Where Are You Going?,” “MBC Show Music Core,” “Infinite Challenge” and recent hit drama series like “The Night Watchman’s Journal.”

“We expect this multilanguage service to benefit not only non-Korean viewers but Korean viewers who are studying foreign languages. In addition, viewers are able to look up the meaning of certain words with a few clicks,” said MBC.