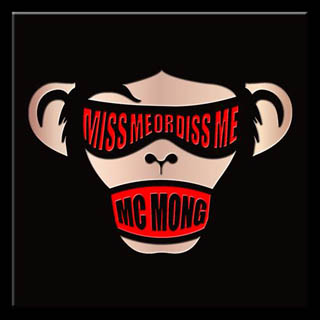 More detailed information for rapper MC Mong’s comeback album has been released by his agency before he returns to the music scene.

The album “Miss Me or Diss Me” has 13 tracks, many of which are focused on the theme of longing, MC Mong’s agency Well Made Yedang Entertainment said yesterday. The title track “Did You Miss Me” also contains sentiments of longing.

The 35-year-old’s agency said all of the songs were written by the rapper and they deal with MC Mong’s personal life over the five years since he left the music scene.

The full lineup of singers who collaborated with MC Mong on his sixth album was also revealed.

The singers include Ailee, Hyolyn of Sistar, Minah of Girl’s Day, Bumkey and Baek Ji-young.

Although “Did You Miss Me?” is the title track, the agency said music videos have been recorded for some of the other tracks that have the potential to become hits.

MC Mong, who was beloved for his humor and down-to-earth personality, has led a prolific career both in music and on variety TV shows. But his career was abruptly cut short five years ago after he was involved in a legal battle because he allegedly tried to evade his military duty by having some of his teeth removed.

MC Mong was later cleared of the accusations, but it took him five years to return because of the sensitivity of trying to dodge military duties. Some celebrities who have tried to avoid the military never returned to their previous fame because of sour public opinion, such as singer Steve Yoo, or Yoo Seung-jun.

MC Mong’s new album will go on sale at midnight on Nov. 3.