Seoul city, local district link up to draw in tourists

Seoul city, local district link up to draw in tourists 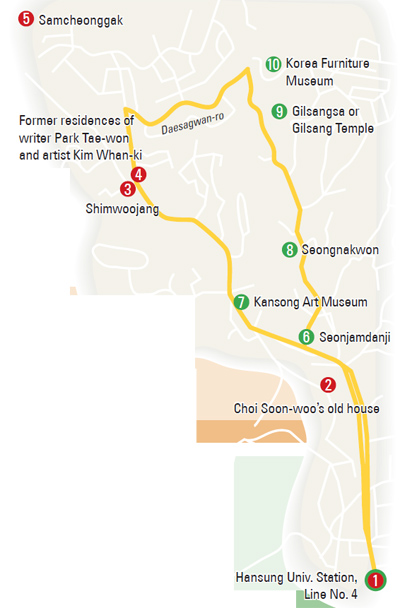 When Hollywood star Brad Pitt visited Korea in 2013, he also paid the area a visit.

Many overseas VIPs head to Seongbuk-dong while in Seoul because it encapsulates Korean history and culture with its hanok-style architecture.

Recently, the Seoul Metropolitan Government and Seongbuk District joined forces to turn Seongbuk-dong into a renowned cluster of villages that house traditional Korean clothing, food and buildings. Believing in the cultural potential of the area, the two administrations are currently in the process of securing a budget for the project.

In Seongbuk-dong, there are 32 state-designated culture properties and 10 city-designated cultural properties. There are also a number of cultural assets under the label “future heritage,” which refers to cultural sites or products that are expected to accumulate more value in the future.

“We need to maximize the advantage we have in this neighborhood,” said Jung Mi-sook, head of the Korea Furniture Museum.

“We need to make a market within the neighborhood with the help of galleries, which are the main infrastructure of Seongbuk-dong.

“This is how Kyoto in Japan succeeded in revitalizing its traditional industry. Seongbuk-dong has the potential to walk a similar path.”

Jang also added that figuring out how to find a connection among the sparsely spread-out cultural heritage sites is pivotal in helping people understand their meaning and importance, which will in turn lure more visitors. 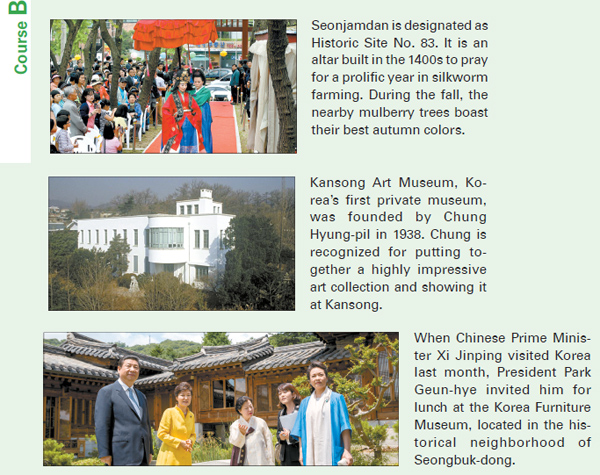 Another issue is that Seongbuk-dong lacks accommodation facilities and public transportation. The fact that the subway station is at least 20 minutes away from the neighborhood deters visitors from going there.

“France’s boutique hotels and Spain’s paradores are tourist places by themselves while at the same time providing accommodation,” said Jang. “That is what we have to do with our hanok.” 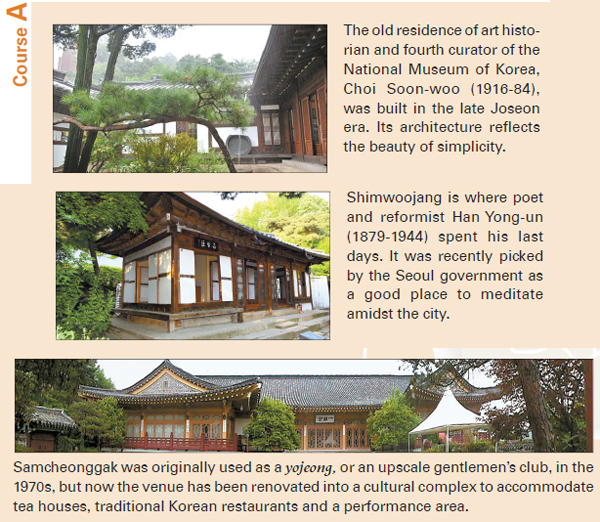 In order to improve accessibility, the district needs to establish more village bus routes. The JoongAng Ilbo, an affiliate of the Korea JoongAng Daily suggests two courses for newcomers to browse this special neighborhood.