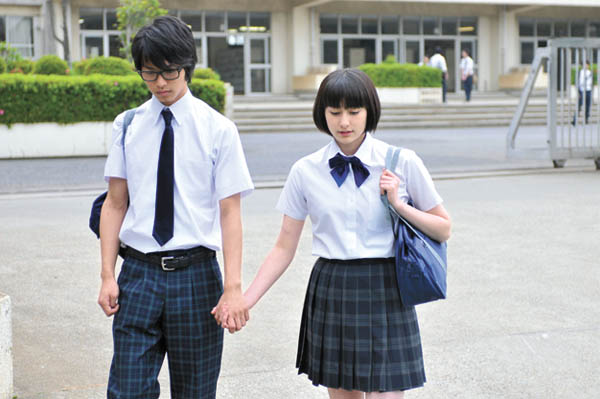 My Pretend Girlfriend (All)

Based on a best-seller by Japanese mystery novelist Eiichi Nakata, “My Pretend Girlfriend” is coming this autumn.

Nakata is well-known as a mystery novelist in Korea, but this time he returns with a movie adaptation based on his romance novel.

In “My Pretend Girlfriend,” Akari Hayami, a member of Japanese idol group Momoiro Clover, stars as Momose, who main character Noboru falls in love for the first time in high school.

Fifteen years after graduating, Noboru (Taro Takeuchi), now a famous novelist, returns to his school for a guest lecture. He encounters Tetsuko (Anna Yibashi) and the memories of a tumultuous yet undoubtedly influential period from adolescence come flooding back.

Noboru accidently discovers that the heartthrob of the school, Miyazaki (Asuka Kudo), is having an illicit love affair with Momose.

To hide the improper relationship, Miyazaki asks Noboru to pretend to be Momose’s boyfriend.

Noboru complies, but soon this agreement takes its toll on the two fake lovers, while Miyazaki goes on without a care.

A simply yet unbelievably moving tale of first loves, first heartbreaks and all the raw feelings that come with such life-changing experiences unfurl in the film. Sometimes, stories set in high school can be too soppy or just boring, but “My Pretend Girlfriend” has a lighthearted approach that is perfect for autumn viewing.

In Korea, “diversity films” refer to flicks with a low budget yet great artistry and cinematic value - usually called art-house films in the West.

Diversity film “Romance in Seoul” is a third work supported by the Seoul Independent Film Festival.

Seven young directors came together to make a film together made up of different episodes surrounding the theme “City of Seoul.”

“Midnight in Paris,” “Roma with Love” and “Night Train to Lisbon” are renowned diversity films, but the three have something else in common: they focus on the stories of younger people living in a big city and evoke the ordinary yet empathetic feelings we usually have.

The film is likely to conjure up some memories of Seoul and sentimental feelings for viewers. 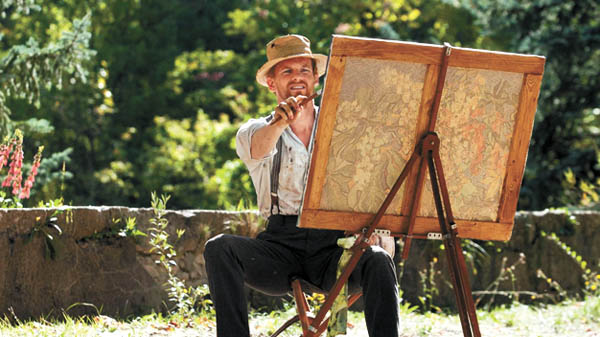 One of the world’s most influential 21st century painters, Vincent Van Gogh is also known for suffering from severe poverty and psychopathy. Rumors surrounding his life continue to arise even after his death.

“The Van Gogh Legacy” illustrates the life of the artist who has produced the numerous masterpieces yet barely sold any of them while he was still alive.

The narrative unfolds by attempting to find answers to the questions about Van Gogh that people wonder about the most, including whether or not he cut off his ear because of French Post-Impressionist artist Pierre Gauguin, and whether he really commit suicide - or was it murder?

If you are interested in art, especially, Van Gogh, head to visit the digital exhibition on the artist in Yongsan District, central Seoul and watch this film. 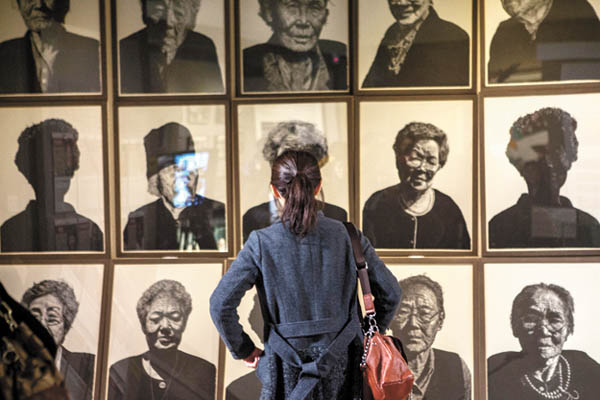 Actor-director Choo Sang-rok’s story is about an older Korean woman called Gui-yim (Lee Ok-hee) who was tricked into becoming a “comfort woman” - the name euphemistically given to the sexual slaves used by Japanese Imperial Army during and after World War II.

Giu-yim left China after Korea’s independence, and now lives there with her granddaughter Hyang-ok (Jo An).

The only hope left for Gui-yim is to send her granddaughter Hyang-ok to Korea because she cannot go back - she became an illegal Korean-Chinese immigrant after the war.

The film depicts Gui-yum’s traumatic experiences as a sexual slave during the time of Japanese colonialism and how her life and family members was affected by the war.

While tracing Hyang-ok’s life as a Korean-Chinese in Korea, the movie gives a message - the problems of the comfort women are not over yet.


The Angriest Man in Brooklyn (15)

If you could choose between Robin Williams in a tender yet funny role such as the father in “World’s Greatest Dad” or as a belligerent man in “The Fisher King,” what would be your choice?

Have it both ways in the late actor’s last movie, “The Angriest Man in Brooklyn.” 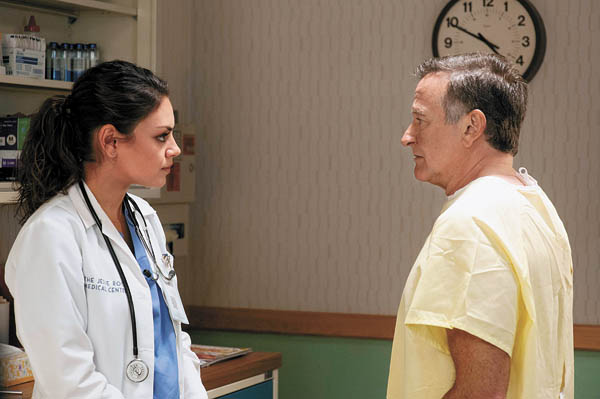 The Angriest Man in Brooklyn

Henry Altmann (Robin Williams) is a manic-depressive who is angry at the world after his first son’s death.

One day, while Henry waits impatiently at the medical surgery, Dr. Sharon Gill (Mila Kunis) turns up instead.

The doctor is having a bad day, so when Henry insults her she reveals that he has a brain aneurysm - which is true - but then she tells him he only has 90 minutes to live, which is not.

Later on, Sharon is stunned by her lapse of judgment while Henry starts to struggle with his mistake-filled memories and becomes determined to make amends for what he has done and to everyone he has hurt in his life.

Meanwhile, Sharon goes on a city-wide search to find Henry.

The film didn’t get good reviews due to its short running time failing to expand upon the theme of the plot, but fans of Williams will surely still be touched by his final work.

Director Jang Jin of “Man on High Heels” (2013) is back, but this time with a comedy. In the film, actors Jo Jin-woong of “The Admiral: Roaring Currents” (2014) and Kim Sung-kyun of “Kundo: Age of the Rampant” (2013) team up to play two brothers separated as children who finally reunite 30 years later on a television program to find their birth mother.

But soon after they meet, their mother, who suffers from Alzheimer’s, suddenly disappears and their journey to find her begins.

The lives of the two siblings could not be more different. Jo Jin-woong plays Sang-yeon, who is adopted by an American family and becomes a pastor, while Kim Sung-kyun portrays Ha-yeon, a professed shaman.

The brothers often come into conflict over their spiritual beliefs and Sang-yeon’s lack of Korean proficiency.

Resolving these issues makes for a heartwarming story, however, and through their journey the two brothers come to understand the differences between one another.