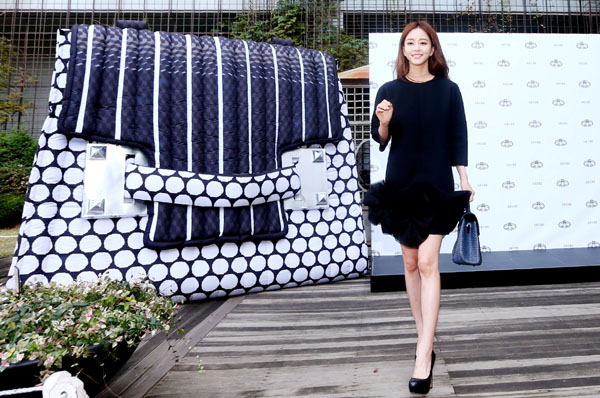 After a scandalous exit from the local entertainment industry, actress Han Ye-seul, 33, will make a comeback in the upcoming SBS weekend drama “Birth of a Beauty.”

Han took a break from acting after landing a lead role in the KBS drama “Spy Myeong-wol” in 2011. A lot of fuss was aroused when she did not appear on set and fled to her parents’ house in Los Angeles while the drama was airing. Due to her absence, the program was cancelled and she was criticized for her irresponsible behavior.

Although she said she had problems with the staff and had suffered under the hectic schedule, Han’s image was tarnished after her departure from the series.

“It was not easy to come back after three years,” Han said at a press conference for the drama.

“I’m not that old, but everyone undergoes ordeals throughout life. It was neither avoidable nor was it my decision. I think the past is not important. I hope the public will focus on my future instead of the past.”

In the series, Han’s character has a head-to-toe makeover including plastic surgery and weight loss after her husband cheats on her.

According to the actress, she chose “Birth of a Beauty” as her comeback because she liked the role. The character does not represent a desire to be beautiful but instead shows how a woman overcomes her husband’s infidelity by achieving beauty, Han said.

Joo Sang-wook, Jung Gyeo-woon and Wong Ji-hye take part in “Birth of a Beauty,” which will start airing Monday.