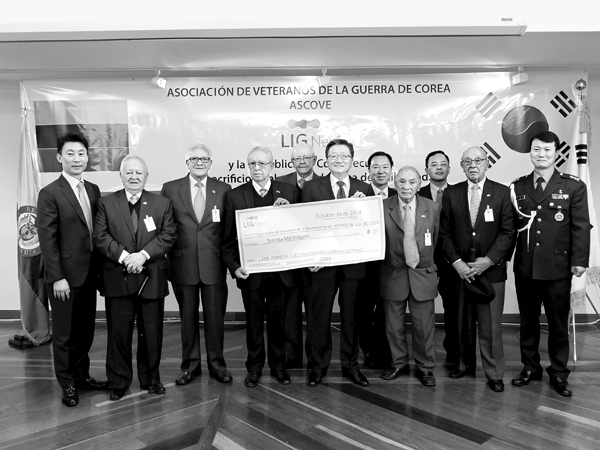 LIG Nex1 COO Lee Joung-sik, sixth from left, hands a $30,000 donation to the Colombian Association of Veterans of the Korean War (Ascove) at the Korean Embassy in Bogota, Colombia, on Thursday, local time. “This is a small token of appreciation to the soldiers and their families, praising the soldiers’ courage and sacrifice [for fighting] for Korea’s freedom and prosperity,” Lee said. Ascove President Epifanio Rodriguez, fourth from left, received the check at the event, which was also attended by other surviving veterans of the 1950-53 Korean War.

Provided by the company