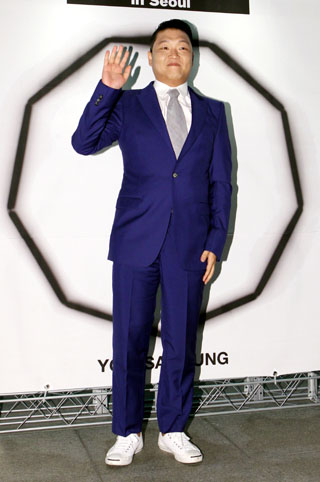 The shows part of “All Night Stand 2014” have been organized by the “Gangnam Style” singer annually since 2003.

This year, the concert series will be held from Dec. 19 to 21, and on Christmas Eve, at the Olympic Gymnastics Arena in Bangyi-dong, Songpa District, southeastern Seoul.

In concert, Psy gives energetic performances in which he sings his hit songs and even dares to imitate girl groups. Psy’s “All Night Stand” is one of the best-selling tours of the year’s end.

Tickets go on sale Thursday at noon on Interpark.