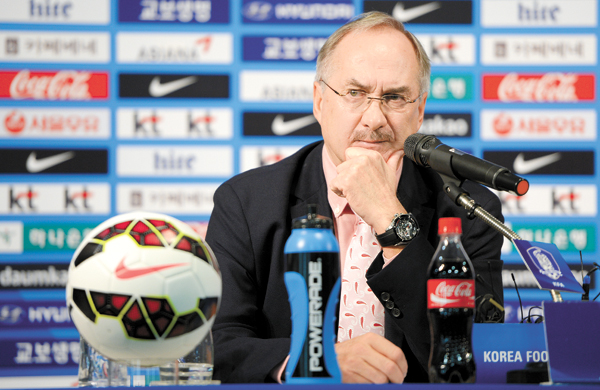 Uli Stielike, the national team manager, listens to questions during a press conference yesterday at the Korea Football Association in central Seoul. The 59-year-old announced his roster for two friendly away matches against Jordan on Nov. 14 and Iran on Nov. 18. Striker Park Chu-young and goalie Jung Sung-ryong will be on the roster despite lackluster performances at the 2014 FIFA World Cup in Brazil. Park, who recently moved to Al Shabab in Saudi Arabia, joined the team after strikers Lee Dong-gook and Kim Shin-wook were excluded due to injuries. [NEWS1]