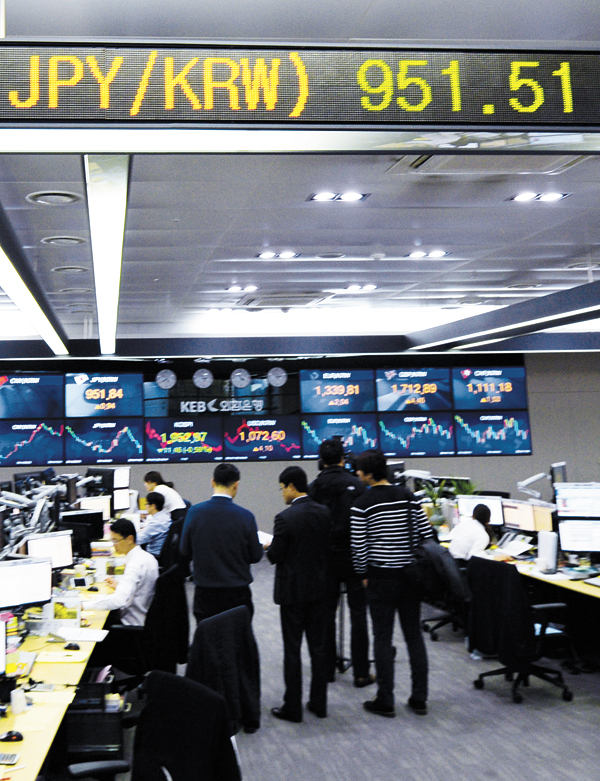 A sign at Korea Exchange Bank’s foreign currency dealing room in Myeong-dong, central Seoul, shows the won closing at 951.73 yen, its strongest level in more than six years. The Japanese yen depreciated further after the Bank of Japan announced it will expand its asset purchasing program to stimulate its sputtering economy. [NEWS1]