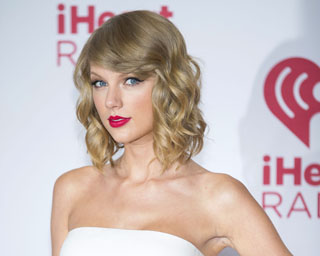 NEW YORK - Spotify stopped streaming Taylor Swift’s music at her request Monday, setting up a business struggle between the leading purveyor of a new music distribution system and the industry’s most popular artist.

The music streaming service sounded like a spurned boyfriend in a statement announcing the split. It said Swift’s management told it to pull the music late last week and it was done Monday, so all of her songs are no longer available to its 40 million users.

“We were both young when we first saw you, but now there’s more than 40 million of us who want you to stay, stay, stay,” Spotify said. “It’s a love story, baby. Just say yes.”

A spokeswoman for Swift, whose single “Shake It Off” was the most-played song on Spotify last week, did not immediately return a call for comment.

The decision means that a large number of fans will have only one option to hear Swift’s new album, “1989,” and that’s to buy it, which hundreds of thousands of people have already done. Music’s most influential artist is simultaneously making a political statement and a savvy business move.

More than 700,000 people bought “1989” in the first two days it went on sale last week, according to Nielsen SoundScan. That already exceeds the year’s biggest one-week seller, Coldplay’s “Ghost Stories,” which sold 383,000 in May. Nielsen music analyst David Bakula said Swift, who announced Monday that she would launch a world tour next year, is on pace to challenge the 1.2 million copies she sold the first week her last album, “Red,” went on sale.

Music-streaming services and file sharing have sharply cut into music sales for artists over the past couple of years. Many artists complain that the fees Spotify pays to record labels and music publishers, with a portion eventually funneled to musicians, is too small.