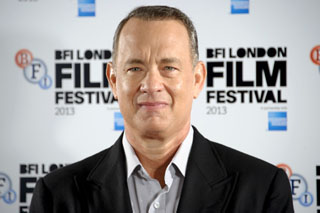 NEW YORK - Actor Tom Hanks will publish a book of stories linked to his collection of typewriters, publisher Alfred A. Knopf said on Monday. The book, which will include photographs, is still untitled and no publication date has been set.

“I’ve been collecting typewriters for no particular reason since 1978 - both manual and portable machines dating from the 30s to the 90s,” the 58-year-old Oscar winner said in a statement.

“The stories are not about the typewriters themselves, but rather, the stories are something that might have been written on one of them.”

Hanks, who recently published his first work of fiction in the New Yorker magazine titled “Alan Bean Plus Four,” won best actor Academy Awards in 1994 for “Philadelphia” and the following year for “Forrest Gump.”