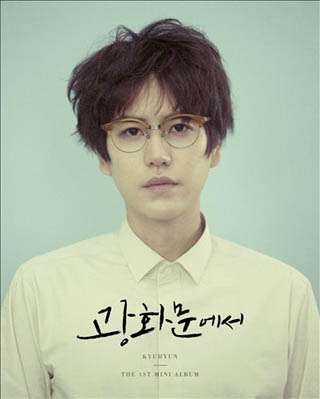 Kyuhyun, a member of K-pop group Super Junior, will release his first solo mini-album “At Gwanghwamun” next Thursday, according to SM Entertainment.

The album will be unveiled at midnight. The title track is a ballad.

Although it took nine years for Kyuhyun to pursue a solo career, he has proved his vocal abilities numerous times. The 26-year-old has appeared in many musicals, most recently “The Days,” and he has also performed many original soundtracks for films and on drama series.

Singer-songwriter Yoon Jong-shin rooted for Kyuhyun by tweeting “Kyuhyun is the real jewel of Super Junior. I heard him singing the new song and it really rocks.”

Both Kyuhyun and Yoon host the talk show “Radio Star” on MBC every Wednesday night.