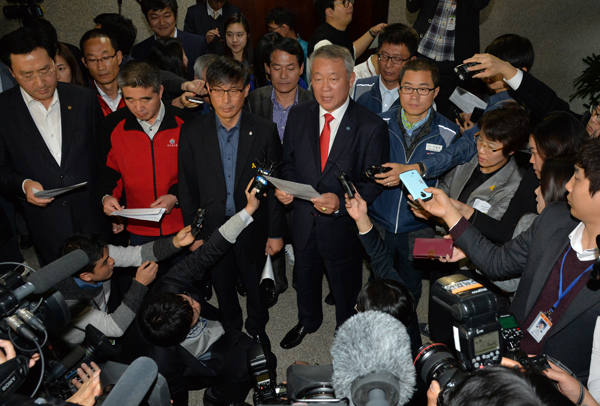 Leaders of unions for civil servants speak to reporters yesterday after they broke off discussions over a pension reform plan with Kim Moo-sung, the chairman of the ruling Saenuri Party, in his office in the National Assembly. Kim initially planned to have an open-ended discussion, but the union leaders stormed out of the session just 30 minutes later after the chairman refused to accept their demand to establish a social consultation body. [NEWSIS]