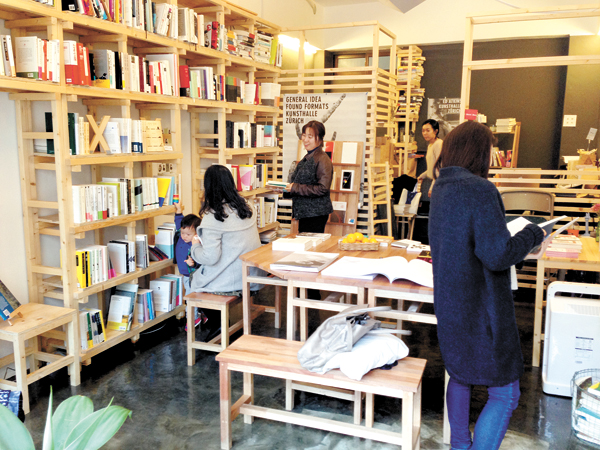 Literature lovers couldn’t be happier than they are right now, as bookstores nationwide have been slashing their prices.

Book prices are lower than ever these days. Online shopping malls grab attention by advertising literature at up to 90 percent off, while larger offline stores are filled with reading materials retailing at prices 30 percent lower than usual. And many book cafes operated by local publishing companies have jumped on the discount bandwagon.

The markdowns are being driven by a revised price-fixing law for books that will be enforced on Nov. 21. The government wants to create a healthier ecosystem for the publishing industry because it believes that if the current conditions don’t change then independent bookstores could go out of business, publishing companies will continue to struggle financially and writers will receive smaller wages while consumers pay too much for books.

“The core of this revised law is to take bubble pricing off books so that we can set a firm ground to grow a healthier publishing industry here in Korea,” said Vice Minister of Culture, Sports and Tourism Kim Hee-bum at a press conference last week. 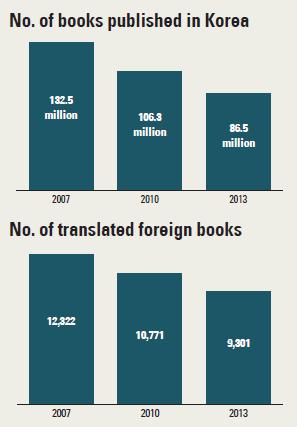 “We aim to lead publishing companies and bookstores into focusing on providing better quality content and more diverse literary products instead of luring consumers with cheap prices.”

The government says there is room for publishing companies to offer books at lower costs as it believes the industry currently sets prices too high on new releases in order to give leeway for sale-boosting discounts at a later date.

The existing law allows publishing companies and retailers to set a discount of up to 10 percent per book while shops can give customers additional cash off if they have a store card. The maximum price cut a customer can receive is 19 percent.

However, under the current law, any discounts can be given on books that are more than 18 months old, educational literature or products that offer practical advice, such as self-help books. As a result, the law only applies to approximately 13 percent of the books that are circulated in Korea.

To ensure the law covers a wider range of books, the government has announced that the revision, which comes into play in two weeks, will stipulate that no more than 15 percent can be deducted from the set retail price of a book, whether it is sold through online or offline outlets.

“The publishing industry includes content creators, publishing companies, retailers and consumers,” said the vice minister. “We think the new system adheres to the requests made by these and caters to them all.”

The four parties, however, seem dissatisfied with the government’s attempt to clean up the literary scene. When a meeting was held last month to hear opinions on the revised law, arguments ensued.

“This system is only half good as it still grants all the same prerogatives to online stores,” said President Jung Deok-jin of Haetbit Mungo, a small bookstore chain, by pointing out that the state will not regulate free shipping in online stores that offer books.

Internet retailers, on the other hand, complained that the government has not come up with detailed regulations on trading used books, while representatives from publishing companies claimed it didn’t really take time to listen to voices in the industry.

“Because the ministry has made a compromise that includes some suggestions from offline stores and some from online stores, the law is just a hodge-podge,” said Korea Publishing Research Institute researcher Baek Won-geun.

When the ministry was in the process of coming up with the details for the law, offline bookstores argued that the current 19 percent discount should be kept, while online stores requested 10 percent. The ministry settled in the middle and chose to implement a maximum discount of 15 percent on any books.

From Nov. 21, if a publishing company wants to sell books at lower prices, it needs to officially change the retail prices of the books 18 months after they are published, which will allow the products to retail at a set price wherever they are sold, thus ensuring fairness.

“There are some hopes that the overall publishing industry will improve, but this new law won’t impose enough influence to make the market turn around and move towards [a rosy future],” said Han Ki-ho, director of the Korean Publishing Marketing Research Institute.

“No policy is perfect. It is inevitable to see some trouble in the process of implementing a law since the market changes so fast that the regulation system can never keep up with it,” said Vice Minister Kim

“There are different groups that are vocal about the matter, but the ultimate goal here is to give a message that the government is set on establishing the idea that the publishing industry needs to focus more on catering to the fast-changing tastes of consumers instead of competing with prices.” 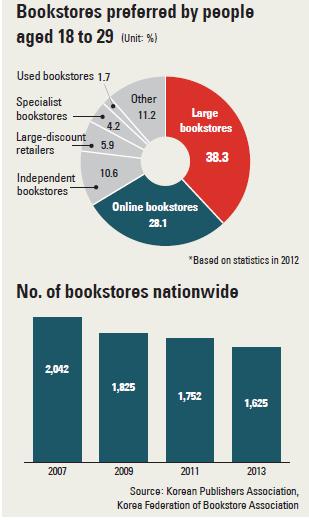 Because it will become more difficult for publishing companies to clear older books out their warehouses under the new law, bookstores and bookmakers have been offering major discounts.

This is ironic because the government’s attempt to set prices for publications has instigated the recent spate of sharper discounts, which could cause a boomerang effect, hurting the publishing industry after the new law kicks in. Readers are becoming used to the large discounts and may resist paying full price for books in the future.

“I refrained from giving out discounts as I thought it would come back to me after and hurt [sales], but after I witnessed overall book sales shrinking further due to discounted books [at other stores], I had no other choice but to join the trend,” said the president of a local publishing company.

Generally speaking, books with huge discounts, or books that have been out for a while, don’t rank high best seller lists. Some exceptions occur when movie or TV adaptations of books are released. 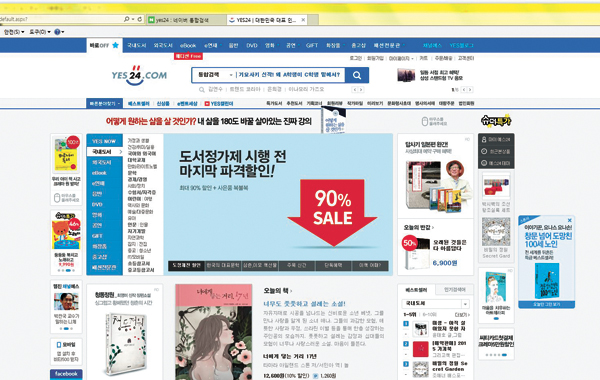 Korea’s largest online bookstore, Yes24, displays a banner advertising that some of its books have discounts of 90 percent.

But as of Oct. 31, 20 books ranked in the top 30 of the best-selling list on Korea’s largest online book seller, Yes24, offered discounts of more than 10 percent, which is the general discount applied to new books on online stores.

But ahead of the upcoming revised law, out of the top 20, 14 had price tags marking a discount of 40 percent. “Unchanging Rules on Child Education,” which was the fifth most popular book on that day, was 90 percent off at 980 won.

“I’ve worked in the publishing industry for more than 30 years, and I’ve never seen so-called ‘dumped books’ take up the best seller list,” said an operator of a local publishing company. “It might be hard to find any related precedents in the world.”

The Culture Ministry will work closely with district offices and regional governments to monitor whether literary retailers or publishing companies collude to align book prices so that the industry can successfully settle a “no discount” trend in the book market.

While many are vocal about the troubles they have experienced with the publishing industry, some simply ignore the larger problems and focus on running independent book stores with a difference.

A store called Manil in Mangwon-dong, Mapo District, is small. Unlike many big-name bookstore chains, this shop tends to sell literary works including poetry anthologies or content related to changes in culture and art. The shelves are not so densely packed as other book retailers.

People gather for a book club each Sunday. Local resident are the main participants, and guest speakers are often invited - sometimes editors-in-chief at local publishing companies.

“Based on my experiences in the past three month, I learned that there are many people who are passionate about books,” said Lee.

Nam Yu-jae, who runs a bakery nearby, says he is also a frequent visitor.

“I come here because I’m fascinated by how this store organizes its books and shelves differently from big-name bookstores,” Nam said. “It gets more fun when you find a lot of unique books.”

Some people even volunteer at the store to ensure it becomes firmly rooted in the neighborhood.

One artist in her 20s comes to the store often.

“I was happy to see a well-decorated bookstore in the neighborhood,” she said. “I come here to help out and there are two more who come here to work without any payment.”

The bookstore opened about three months ago thanks to 32-year-old Lee Seung-ju who works as an organizer for book-related events.

“I renovated my personal work studio into a bookstore so that I can meet with more people who love books,” said Lee who before shared many of his books with his acquaintances.

However, Lee said he has not found a way to make enough revenue to keep him financially afloat, although he has some ideas in mind.

Byeolchaek Burok in nearby Donggyo-dong, northwestern Seoul, is also a popular small bookstore. Since it is located near Hongik University, its customers are a young crowd. It includes a vast collection of content related to art and design along with stationery and interior items such as postcards and cups.

“I have been focusing on expanding my collection of cute accessories because they not only help me make more sales but also define the character of the store,” said 34-year-old Cha Seung-hyeon, who opened the store about six months ago.