Exports vital for success of Biocera

Exports vital for success of Biocera 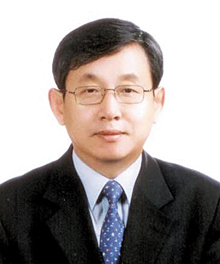 Kim Joon-kyung , Consultant at the Federation of Korean Industries’ Center for Large and Small Business Cooperation

Biocera is a 20-year-old business that specializes in manufacturing ceramic balls, antibacterial agents and photocatalysts.

It was the first company in the world to be certified by the U.S. National Science Foundation in the ceramic ball market. It also developed the Biocera washing ball, which was approved by the United States and Germany.

A major difficulty for Biocera is that its products have relatively short life cycles and are sensitive to technological change.

Worse, such environmentally friendly products are not considered daily necessities. People tend to stop buying them when they are not doing well financially.

For big companies, when they develop new products, it is not that difficult to make a foray into new markets and countries.

But for a small business, no matter how innovative their products are, it is not easy to break into the international industry due to a lack of workforce and budget.

Biocera asked for advice from the Federation of Korean Industries (FKI) in 2012 to get some ideas for moving into markets abroad.

At the time, the company’s overseas sales made up about 60 percent of its total. It needed to focus more of its workforce and resources on operating abroad.

The company decided to hold regular marketing meetings in order to maximize its effect as a company and spent much time analyzing the different characteristics of consumers in various regions.

Biocera learned from how to respond to new buyers and how to sign new contracts from the FKI advisor. As a result, it launched two new products in Malaysia and other Southeast Asian countries.

Since 2012, Biocera has made inroads into 40 countries, adding the Philippines and nations in the Middle East to its existing U.S. and European markets.

The company’s exports have surged 30 percent since then.

It has also found 305 domestic buyers.

Biocera also learned how to target domestic purchasers based on the FKI’s advice. It now closely analyzes its profitability on a regular basis and looks into the possibility of expanding sales.

Based on these accomplishments, Biocera has set a goal of reaching 10 billion won ($9.1 million) in sales by 2015.

Even though the company has arguably been the No. 1 in the biotech field, it has had difficulties because it only has a limited group of purchasers, which is an issue that could hamper further growth.

One challenging task for the company, especially if it is going to keep working abroad, is to manage foreign exchange risks well.

This is necessary in a time when the global financial market is uncertain.