Calling it a night

Calling it a night 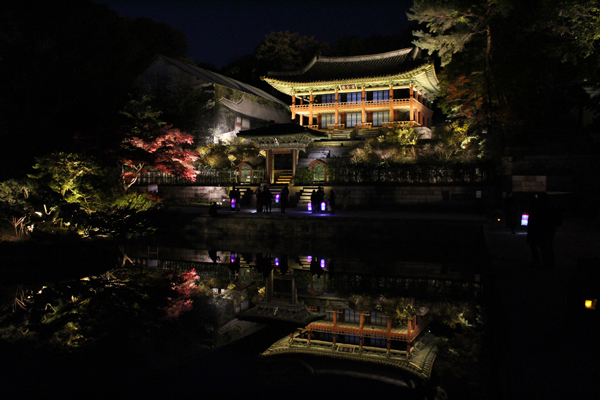 Changdeok Palace’s Moonlight Tour wrapped up its fall edition on Saturday. Between September and November, a total of 19 nighttime tours were held at the palace, which is designated as a Unesco Cultural Heritage Site. The tour, which has been held every spring and fall since 2010, has been a success. The ticket, which costs 30,000 won ($27.60) per person, almost always sells out just minutes after reservations open on the website. This is partly due to the limited number of participants, so the government increased the number of people it allows into the palace for the event from 100 to 180 daily in spring. The tour allows people to experience parts of the palace, including its famous Biwon, or Secret Garden (shown above) under the moonlight. By Kim Hyung-eun/ Photo by Moon So-young