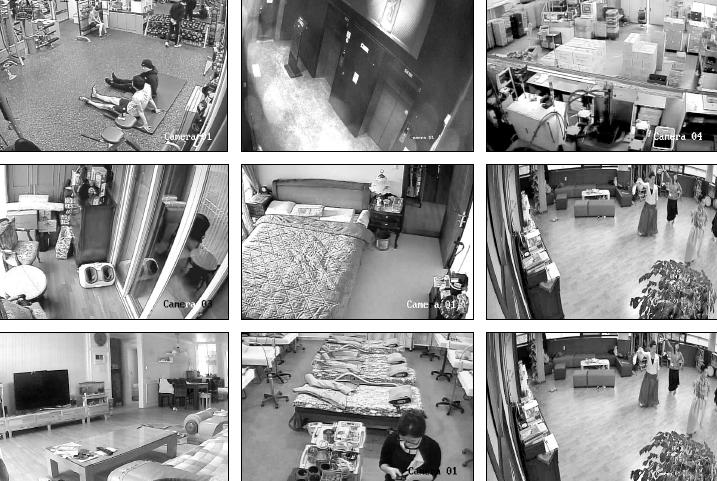 Above are screen shots of security camera footage, taken from 11 a.m. to 2 p.m. on Saturday in Seoul, featured on insecam.com. The site streams live feeds of more than 70,000 systems from about 150 countries. Screen shots from insecam.com

A new website called insecam.com has recently started to stream live feeds of more than 70,000 surveillance security cameras and digital video-registration systems from around the world, providing intimate views into companies, shops, fitness centers and even bedrooms.

The website’s anonymous operator writes on one page that “this site has been designed in order to show the importance of the security settings,” suggesting that the massive disclosure was allegedly intended to highlight poor user security and based on public interest.

On it, live feeds are classified by the country from which they are streamed. The countries are also ranked in order of the highest number of streamed devices.

Around 150 countries are listed total. North Korea is not among them.

However, the advertisements for security systems and cameras on the website cast doubt on the operator’s statements.

The operator goes further to explain that “to remove your public camera from this and make it private, the only thing you need to do is to change your camera password.”

It remains unclear whether there is a hidden agenda behind the substantial cache of video footage other than the reasons mentioned on the website.

The news outlet Motherboard reported that the alleged administrator of the site responded to emails from the company, but “repeated the claim that the site’s purpose is to highlight poor user security.”

Motherboard continued to cite the administrator from the email the company received, reporting that the process for adding cameras to the site is allegedly “automated,” with thousands collected each week.

Each camera published on the website featured a live feed, as well as the geographical coordinates and Google Maps location of the installment, enabling viewers to track down whatever is shown on screen.

Insecam.com focuses on Internet protocol (IP) cameras, which refer to digital video cameras typically used for surveillance purposes that can submit and receive data through online systems like the Internet, which allows operators to view their feeds online.

The site does not include USB cameras and internal cameras on notebooks, the website explains.

The website also mentions that “there are a lot of ways to search such cameras in internet using google, search software or specialized search sites [sic],” hinting that the compilation could be accomplished by anyone, anywhere at any time with Internet access.

Although the feeds are streamed live, most screens from Korea featured on the website appear frozen, with some showing nothing at all, due in part to the fact that the images are transmitted through foreign online networks.