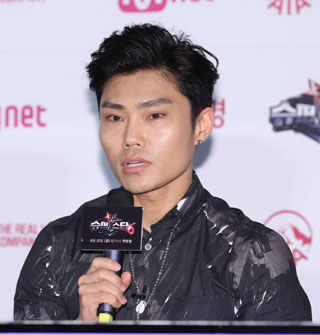 R&B and soul singer Kim Bum-soo will release his eighth studio album later this month, according to his agency, Polaris Entertainment.

Marking the 15th anniversary of his debut, the vocalist wants to widen the scope of his career by challenging himself with various genres other than R&B and soul.

The singer has also composed and written a couple of songs for the new album that comes out three years after his last.

The 35-year-old singer originally planned to release the record between September and October but delayed it due to a tragic car accident involving Ladies’ Code, a five-member girl group that belongs to his agency. The accident, which occurred in September, killed two members of the group.

After the release of the new album, the singer will hold concerts in major Korean cities, including Seoul, Busan, Gwangju, Daegu and Daejeon, next month.

Having started out in 1999, the title track “Promise” from Kim’s first album became an instant hit. People wanted to know who sang the sad love song, but the singer refrained from appearing on TV for a while after it came out. The public assumed that this was a marketing strategy, but Kim later told multiple TV shows that he had to hide his face because the musician had an alternative look in a music scene that was heavily dominated by pretty male singers.

However, the 2011 hit TV show “I Am a Singer,” a singing competition of professional singers, reinvented him as a vocalist.